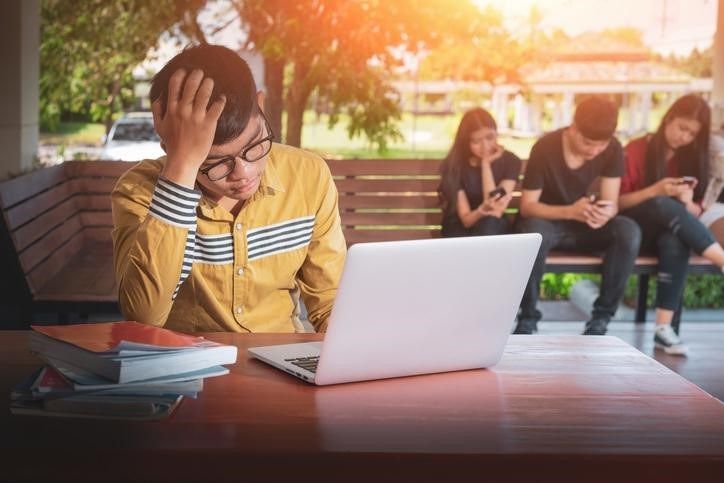 Dolly’s story is tragic, and sadly not uncommon. Across the globe, individuals under the age of 25 who have been the victim of cyberbullying have 2.3 times more risk of self-harm or suicidal behavior, according to a report in the Journal of Medical Internet Research.

The dangers of cyberbullying aren’t limited to just one gender, age group, or digital or social media platform. Cyberbullying transcends demographics and geography. Any one of us can be a victim. Such online attacks have devastating effects on the mental, emotional, and physical health of people of all ages and backgrounds.

Putting an end to cyberbullying isn’t as easy as unplugging from an internet connection. Parents often don’t have the time or ability to monitor every online interaction their children have. Moreover, it can be difficult to tell whether someone has been cyberbullied, or just how much harm the cyberbullying has caused. Society realizes the harm of physical bullying and works to prevent it, but the concept of cyberbullying is still not fully understood or taken as seriously as it must be.

The devastating effects of cyberbullying on internet users can be prevented only by comprehending and appreciating key cyberbullying facts, and by investigating effective ways to address and counter the offense.

Distinguishing cyberbullying from physical bullying can sometimes be difficult. If a student instigates repeated physical altercations with another student or sends several intentional, hurtful messages to that same student, this could be considered an example of both traditional bullying and cyberbullying.

As we better understand cyberbullying facts, we see that cyberbullying differs from traditional bullying because the digital technology used to conduct the offense acts as a buffer between the perpetrator and the victim.

Online cyberbullying can happen anonymously, such as when someone creates an anonymous Snapchat account to send hurtful messages or write posts that ridicule the victim. In such cases, there is no specific “bully” who is immediately identifiable. The bully may, in fact, consist of more than one individual using multiple, potentially anonymous digital accounts and platforms.

In addition to being potentially anonymous, cyberbullying can be maddeningly persistent. While victims of cyberbullying have the ability to block or report their harassers to the major online platforms, the bullies could create new accounts to continue their harassment.

Targets of cyberbullying often retreat entirely from using some or all digital platforms. Considering how integrated social and digital media have become in daily life, the sad cyberbullying fact is that simply abandoning these digital tools is impractical. Doing so has the effect of isolating the individual and placing them at a disadvantage in their work, school, and social life. Additionally, with social media now commonplace in collegiate and professional settings — and frequently the main communication tool between people who are separated by location and geography — dropping social media completely can negatively impact personal and professional relationships.

Cyberbullying doesn’t happen to only students or individuals under 25 years of age. Parents, professionals, the elderly, and others can be victims of cyberbullying. Individuals they know, such as coworkers, may target them through digital platforms. They may be bullied by individuals they’ve communicated with on websites and social media platforms but have never met in person, being repeatedly harassed by anonymous users on Twitter or Reddit, for example.

A surprising fact about cyberbullying is that many of the bullies don’t realize their actions constitute harassment. Posting a joke or comment on someone’s Facebook account or repeatedly messaging certain individuals online can negatively impact that person, even if the messenger’s intentions are innocuous. It’s easier to see the harm of physical bullying in real life, but the actual harm that cyberbullying causes is not always readily apparent to the perpetrator or to people other than the victim.

Facts and Statistics Regarding Cyberbullying

A fact about cyberbullying is that any person with access to the internet or a digital device can be hurt by the practice or be a perpetrator. Because cyberbullying can happen on such a wide scale and is so difficult to pinpoint, the damage it causes can easily be misconstrued or underestimated. Here are some important cyberbullying facts and statistics to give a clearer picture of the harm it can cause:

Ways to Counter and Prevent Cyberbullying

Cyberbullying is facilitated by easy access to digital media platforms and devices. Often, these are used without any oversight. This makes cyberbullying an incredibly difficult problem to tackle. Preventing the practice would require an intense amount of time to effectively monitor every online interaction. While it is often not feasible for people to completely rid themselves of digital tools, there are methods that parents, children, and educators can employ to combat the phenomenon and reduce its harmful effects.

For parents, an effective way to address the harm of cyberbullying is simply by talking with their children about the issue. Australia’s National Centre Against Bullying suggests that parents explain to their children that it’s not a good idea to retaliate against cyberbullying. Rather, it is important to collect evidence of the offending behavior. This can be accomplished through such methods as capturing screenshots, messages, photos, and other bullying content.

Additionally, parents can talk to their children about their online activities to discover whether cyberbullying is happening to their peers. It is also important to discuss online safety, privacy, and password management. Set guidelines on how children are to conduct themselves online and instruct children to be open with their parents about any harm they have felt from bullying online or in the real world.

Children can help prevent being a victim of cyberbullying by being cautious about what they post. They should avoid sharing their passwords, and ensure their online privacy settings are keeping them safe. According to StopBullying.gov, children should also keep their parents informed about their online activities and any new connections they’ve made. Children play an important role in the prevention of cyberbullying. If children who know the cyberbullying facts notice it happening to someone else, they can notify a trustworthy adult. They should also be kind, generous, and supportive to the child who is being bullied.

Teachers, educators, and other trusted adults must join with parents and children to combat cyberbullying. Often these individuals can spot changes in a child’s behavior and can help address the issue before parents can. StopBullying.gov suggests that these adults speak privately to the child if they suspect cyberbullying has occurred, and potentially serve as a facilitator between parents and other school officials. These individuals can also encourage children to be more empathetic and develop stronger emotional intelligence to help discourage cyberbullying in the first place.

Adults, whether they are victims of cyberbullying or perpetrators against other adults, can help end this phenomenon. They can be more conscious of their online behaviors and take the time to reflect on the impact of their social media posting. If a co-worker wouldn’t be comfortable sharing face-to-face what they write to a colleague online, then it’s probably not a good idea to send that digital message.

Adults who have been cyberbullied should compile detailed evidence of the act and alert whoever may be able to take action to end the situation. This may be a supervisor, HR representative, a local government authority, or someone else. Just as with children, adults should be cautious about what they share online and who they share with. Adjust all privacy and password settings to make sure the sensitive information in digital accounts is accessible only by people they trust.

Cyberbullying is not an issue that can be solved easily or overnight. The problem will become more complex as online communication and digital platforms become increasingly intertwined with our day-to-day lives. By understanding cyberbullying facts and being aware of methods to address it, children, adults, and educators can help create a better, more empathetic digital world.