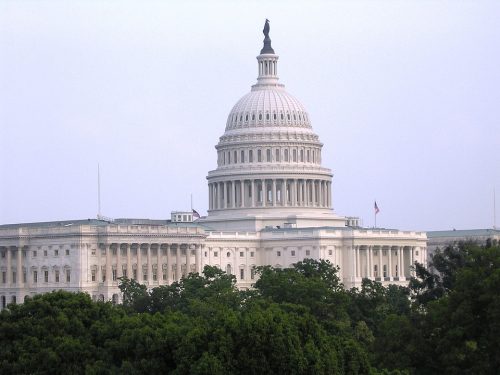 The United States government dates back to 1776, when the emerging nation officially declared its independence from England with the writing and signing of the Declaration of Independence. It wasn’t until 1788 that the Constitution was ratified, which means that it became the official law of the land. The Constitution describes the different parts of the federal government, which includes three branches. The purpose of the three branches is to make sure that the government has a balance of power: Each branch has power over the others, so none of them can get too powerful.

The Three Branches of Government

How Laws are Made

Laws for the entire country are made by the federal government. States also make laws that govern things within their borders. Congress is in charge of making federal laws. A law begins as a bill, which is an idea or suggestion for a law. When a congressperson introduces a bill, it’s looked at by a committee, which decides whether to change anything in the bill and can send it to the entire House or Senate for a vote. If the members of one chamber vote to approve the bill, it goes to the other chamber, where the process starts over again. If both houses vote to pass the bill, it goes to the president’s desk. The president then gets to decide whether to sign the bill. If the president signs it, the bill becomes a law. If the president doesn’t sign it, the bill goes back to Congress. This is when Congress gets to decide whether to override the president’s decision to veto. It takes the votes of two-thirds of all of the members of Congress to override a veto. With a veto override, the bill would then become a law.

Another important part of how the United States government works is the voting process. Citizens who are at least 18 years old can vote for the people they want to represent in the government. The two main political parties in America are the Republican and Democratic parties, but there are many others, and you don’t have to join any of them to be able to vote. In a presidential election, people don’t actually get to vote for the president directly: Each state uses its election results to decide how it wants to use its votes in the Electoral College, and the 539 members of the Electoral College cast the actual votes for the candidates. The number of electoral votes each state gets is based on its population. A candidate needs to win 270 electoral votes to win the presidency.

Brought to you by Ohio University’s Online Master of Public Administration Degree program.