How to Donate to Non-Profit Organizations: A Comprehensive Guide 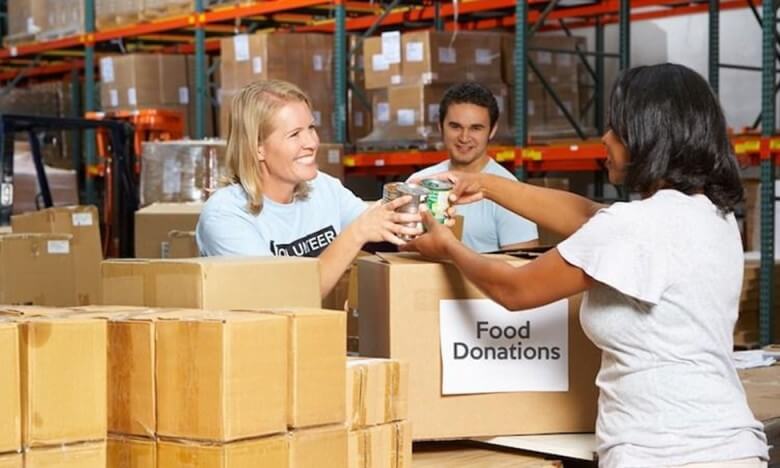 Nonprofits help those in need in many ways, from donating clothing to contributing money for aid in the wake of a natural disaster. There’s no shortage of outlets for people to lend a hand to the less fortunate locally and globally.

Making contributions to a nonprofit organization is an important aspect of life for a growing number of people. According to the 2017 Charitable Giving Report from the Blackbaud Institute for Philanthropic Impact, giving worldwide has increased for six consecutive years, and grew by 4.1% globally from 2017 to 2018. Online giving experienced a more robust growth, rising by 12.1% in the same period, the report said.

Donating to nonprofits isn’t just the right thing to do; it’s the smart thing to do. Nonprofits provide people in need with the fundamentals of life: food, shelter, clothing, and protection. Beyond this, they have an enormous economic impact on the community. According to the National Council of Nonprofits, Ohio nonprofit organizations generate more than $103 million in revenue each year. They also employ 482,500 individuals, which translates into 11.6% of the state’s workforce. This tremendous impact is only possible due to the generosity of donors.

This guide offers prospective donors a wealth of information about how to donate to nonprofits, including the various kinds of donations that can be made and common practices behind the donation process. It features a list of Ohio nonprofits and describes the kinds of donations each organization seeks.

Before deciding whether to donate to a nonprofit organization, it’s important to have a firm grasp of its definition. Investopedia defines a nonprofit organization as a tax-exempt business — it doesn’t pay any income tax on donations or on funds generated via fundraising activities — that accepts donations from individuals or businesses. Nonprofits must fully disclose their financial and operational information to the public so donors know exactly where their contributions are going.

As the term suggests, nonprofit organizations don’t generate profit from the causes they promote. Any surplus revenue they collect is applied to the organization’s objectives. This makes nonprofit organizations fundamentally different from for-profit businesses, which are free to apply the surplus in any way they see fit. Because nonprofits aren’t allowed to use any surplus in a profitable manner, their survival depends on donations from outside sources, usually individuals and businesses.

The nonprofit designation isn’t just given to any organization that requests such status. To qualify, the organization must promote or further one or more of the following purposes or causes:

Common nonprofit organizations include the following:

Nonprofit organizations aren’t the same as charities. SCORE explains that “while all charities are nonprofits, not all nonprofits are charities.” Organizations that operate as charities must do so exclusively for charitable purposes, according to the IRS. Nonprofits, however, are allowed to raise funds for any reason as long as the reason isn’t for profit, and the result of their efforts must benefit the public in some way. These are among the common categories in which nonprofit organizations focus:

The public benefit requirement differentiates nonprofits from nongovernmental organizations (NGOs), according to SCORE. Like charities, most NGOs are considered nonprofits that focus on improving society and the economy. An NGO’s goal is to advocate for specific causes in a way that captures the government’s attention and, ultimately, inspires public agencies to get involved. According to the Nonprofit Expert, NGOs can include for-profit organizations, but their primary purpose is to promote causes with a noncommercial social, cultural, environmental, or legal goal, whether or not the intent is to benefit the public.

A Brief History of Nonprofit Organizations in the U.S.

Around the early 20th century, as Nonprofit Hub explains, increased prosperity led to the concept of donations for nonprofit organizations in Andrew Carnegie’s “The Gospel of Wealth.” The YMCA led what’s considered the first modern, substantial fundraising campaign for the construction of a new building in Washington, D.C. Some components of the campaign included the following:

The next evolutionary step came during World War II, when Americans created fundraising efforts to benefit troops and provide relief for refugees and civilians. This era gave rise to modern charitable drives, such as blood donation programs. The 1970s saw a narrowing of charitable causes, as donations for nonprofit organizations began to target more specific issues. Finally, today’s concept of the nonprofit organization took shape through the advent of the internet, as Facebook, Twitter, and other social media platforms became the backbone of several famous campaigns, including the following:

Today, the vast number of Ohio nonprofit organizations provides a snapshot of the diverse causes to which people may donate. Here are four of the state’s popular charities and their missions.

Ways to Donate to Nonprofit Organizations

Just as there are numerous Ohio nonprofit organizations for donors to choose from, there are several ways for people to make donations to nonprofit groups. These methods can be as elaborate as hosting a fundraising gala or as simple as dropping off a box of useful items at a facility. Each nonprofit has specific procedures on how to make contributions and typically supplies instructions on its website.

Making a monetary donation by writing a check or simply handing over cash remains a popular way to donate to a nonprofit. Organizations that operate in Ohio, such as the student services group Kids in Need Foundation, still allow people to mail in checks for donation, although some may bury this option on their webpage below other more modern ways to donate.

Attend and donate at a fundraiser

Organizations such as the Twin to Twin Transfusion Syndrome Foundation, an Ohio health and disease awareness nonprofit, hold annual galas to help raise funds for their cause. The main donation commonly comes in the form of a ticket to attend the event, which usually features dinner, drinks, and dancing. Some Ohio nonprofit organizations also host silent or live auctions that offer attendees further donation opportunities.

Use an online donation tool

Those who wish to take a more modern approach to donating to a nonprofit organization have several online options for expressing their generosity. Ohio organizations, such as the community service group First Glance, embed donation tools on nonprofit websites that link to PayPal and other online payment services. Other nonprofits generally accept donations submitted via social media.

Anonymous donations are typically associated with wealthy donors who wish to stay out of the spotlight. However, anyone can make donations for nonprofit organizations without revealing their identity. Some organizations, such as the Ohio health care group Recovery Resources, give the option to donate anonymously. Even if this option isn’t offered outright, donors can still make special arrangements to keep their contributions secret by creating a separate charitable entity or making donations through an intermediary.

Give items, goods, and services

Making donations for nonprofit organizations isn’t just about monetary gifts. Some groups will gladly accept tangible items as donations if the items fit within their mission. For instance, the Ohio nonprofit New Life Furniture Bank specializes in collecting “gently used” pieces of furniture for individuals and families in need. Other organizations may also allow people to donate their time and talents through volunteer opportunities (see the next item for more on this type of donation).

Donate on behalf of an organization or another person

Giving doesn’t necessarily have to be in the name of the person making the contribution. Making donations on behalf of someone else makes for a thoughtful gift because it allows the actual donor to share the positive impact their gift has on society. Large Ohio nonprofit organizations, such as the Cleveland Museum of Natural History, make it easy for these kinds of donations to occur, although the process can also be done through smaller nonprofits with a little extra effort.

Other Ways to Help in Addition to Donating

Volunteer for a nonprofit

Nonprofits don’t run autonomously. They need good people to help operate their charitable programs on numerous levels, from organizing and overseeing fundraising opportunities to ensuring the donations coming in make it to their proper destinations. Those interested in volunteering their time to assist a nonprofit’s mission will find an abundance of places to do so in Ohio, including thousands of churches and community centers located in cities large and small.

Raise awareness about a nonprofit’s cause or mission

Ohio is home to several well-known nonprofit organizations, such as the Cleveland Museum of Natural History and the Columbus Zoo and Aquarium. However, there are plenty of important Ohio nonprofit organizations that are less familiar. These groups, while relatively obscure, tend to represent causes that are worthy of attention, such as providing recovery care for people battling addictions and supplying feminine hygiene products to homeless women. Having people take the time to spread the word about a nonprofit’s mission via social media, word of mouth, or canvassing campaigns produces a greater focus on the organization. More importantly, the publicity helps put the group’s cause in the minds of the public.

Encourage others to donate

It’s easy to tell a person about a nonprofit organization. Getting them to donate can be trickier. After all, donation requests — from giving blood to supplying money and goods for disaster relief — reach us nearly every day through various media, which can cause “donation fatigue” to occur. However, the following effective strategies are available to encourage nonprofit contributions:

Forbes, “How to Stay Anonymous When You Give to Charity”

Fundly, Donation Requests: 90-Plus Companies that Donate to Nonprofits

Greater Good, “Ten Ways to Encourage People to Give More”

Nonprofit Hub, “A Brief History of Nonprofit Organizations (And What We Can Learn)”

SCORE, What Is the Difference Between a Nonprofit Organization and a Charity?

TurboTax, “Differences Between Charities and Non-Profit Organizations for Your Donations”