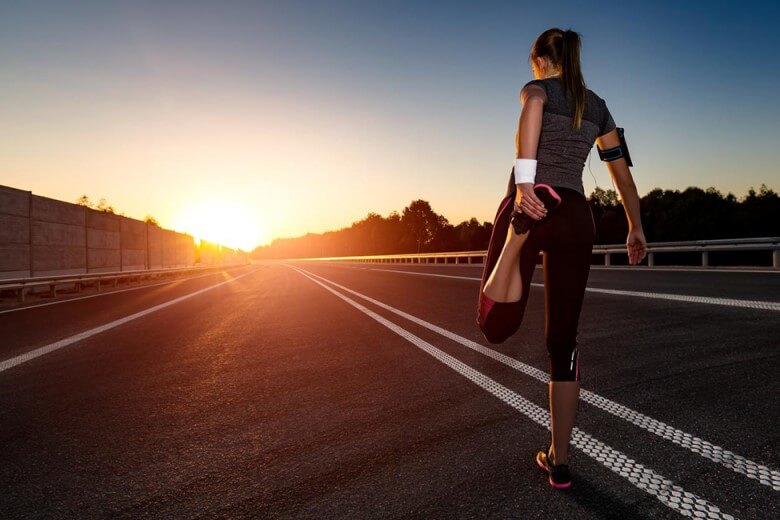 The anterior cruciate ligament, or ACL, is one of the major ligaments in the knee. It helps keep the joint stable as a person walks, runs, jumps, pivots, and makes other leg movements. The ACL is also one of the most commonly torn ligaments, especially among individuals who play sports such as basketball, football, and soccer. An ACL tear, sprain, or rupture often requires surgery and months of rehabilitation, although the injury may sometimes have only a minor long-term impact on daily life. When athletes incur an ACL injury, however, regaining the ability to play their sport may be jeopardized, threatening the futures of student and professional athletes.

ACL injuries “may end the careers of college athletes,” according to the results of a study reported in the Orthopaedic Journal of Sports Medicine. Even after athletes undergo treatment, surgery, and rehabilitation for a damaged ACL, there is still the risk of the ACL becoming torn or damaged again. “Re-rupture after primary ACL reconstruction occurs in 1% to 11% of all athletes,” according to the study.

Because collegiate athletes often receive scholarships in exchange for their participation in sports, an ACL injury can derail their education, in addition to dashing their hopes for competing in the sport professionally. Jason Smith, director of recruiting services for Next College Student Athlete, writes in USA Today that most athletic scholarships are not full rides, which means “student-athletes can also lose a scholarship due to injury, although it’s more likely that they will be redshirted.” (Redshirting is the practice of placing a college athlete on inactive status for a set period, usually one year or one season of the sport, often due to a sports-related injury.)

Collegiate and professional sports are strenuous and unpredictable, which makes eliminating sport-related ACL injuries nearly impossible. However, there are steps that athletes, coaches, and trainers can take to help prevent athletes from damaging an ACL.

Before discussing the measures that can be employed to help prevent damaging an ACL, it’s important to understand the impact of these injuries across all sports.

A study in the medical journal Pediatrics examined past academic articles and surveys to determine some key points, including the number of times a high school athlete is exposed to a potential ACL injury and the risk of ACL injuries in different sports. Out of more than 11 million exposures, the study found 699 ACL injuries: 373 to male athletes and 326 to female athletes. While male athletes suffered this type of injury more frequently, female athletes “had a significantly higher rate of injury per exposure than males … due to fewer overall exposures,” according to the study. In fact, females in the study had a per-exposure rate of ACL tears that was 1.6 times that of males.

A report in the Clinical Journal of Sport Medicine focused on ACL injuries among college athletes. It found that male athletes experienced a higher rate of recurrent ACL injuries than female athletes. The highest rates of injury occurred to male football players, female gymnasts, and female soccer players. “Of sports played by athletes of both sexes, women’s soccer had a significantly higher rate of recurrent ACL ruptures than men’s soccer,” according to the report.

The Mayo Clinic states that ACL injuries may stretch the ligament but not tear it entirely, while more severe ACL injuries and tears can require surgery to reattach the torn ligament.

There can be persistent health effects long after an ACL injury. A study published in the American Journal of Sports Medicine noted that “at 10 to 20 years after the diagnosis, on average, 50% of those with a diagnosed anterior cruciate ligament or meniscus tear have osteoarthritis with associated pain and functional impairment: the young patient with an old knee.”

Even after recovery, ACL injuries can impair an athlete’s performance on the field. According to the Guardian, professional baseball players who suffered an ACL injury in their rear batting leg and later returned to the sport saw a 12% decline in their batting average. The Guardian also cites a study that showed NFL players who injured their ACL saw their salaries drop by more than $2 million compared to uninjured athletes in the four years after their return to the league. The performance of NFL players tended to decline after an ACL injury as well.

Because movement of the legs is so fundamental in most collegiate and professional sports, an ACL injury can have a serious negative impact on the athlete’s future performance and career.

It is impossible to predict when in the course of any sports event an ACL tear or other injury may befall an athlete. ACL injuries share some characteristics, but there is much variation within the broad category of ACL injury.

ACL Symptoms and Types of Injuries

An ACL injury happens when the ligament becomes stretched or torn. In addition to a loud “pop” or similar sensation emanating from the knee, common ACL symptoms listed by the Mayo Clinic include swelling, high pain levels, loss of range of motion, and a “feeling of instability or ‘giving way’ with weight bearing.”

ACL injuries are diagnosed by a physician who determines how much damage the ACL has sustained, and whether the ligament is torn or only stretched. The doctor also examines other parts of the knee. “X-rays are taken to evaluate for the presence of any fractures. In many patients, an MRI scan of the knee may be ordered,” according to Johns Hopkins Medicine.

The ACL is one of two ligaments that pass through the middle of the knee to connect the femur, or thigh bone, to the tibia, or shin bone. There are many different ways the ligament can become injured. These are the most common causes of ACL injuries, according to the Mayo Clinic:

Each of these actions can happen in nearly any sport or other activity. While trying to dodge a linebacker in a game of football, a wide receiver may quickly turn left or right, causing the injury by twisting while planting a foot. A gymnast who is performing on a balance beam could land awkwardly and tear an ACL. A baseball player who is swinging at a fastball could pivot the knee on their planted rear leg in the wrong direction, causing the ligament to tear.

Additional risk factors that can increase the chances of sustaining an ACL injury include poor conditioning, not warming up by stretching muscles prior to engaging in the sport, wearing shoes that aren’t appropriate for the activity, playing on certain types of field surfaces, or using sports equipment that isn’t properly adjusted or that hasn’t been maintained appropriately.

ACL injuries happen to athletes under various conditions and scenarios as they participate in many different sports. While it may be impossible to prevent all ACL tears, there are steps that athletes can take to lower their risk of sustaining an ACL injury.

Proper training and conditioning before taking part in competitive sports can help reduce the likelihood of an ACL injury. According to the Hospital for Special Surgery (HSS), stretching and warming up before a game or practice help get sufficient blood flow to the muscles that support the ACL and other ligaments and tendons. The HSS also recommends that athletes strengthen their hips and thighs to provide more support for their knees. Squats, lunges, and planks are among the exercises that work the quadriceps, glutes, and other muscles of the upper legs and midsection.

Strengthening the ACL and Other Muscles

Strengthening the ACL and the muscle groups that work the knee reduces the likelihood of an athlete incurring an ACL injury. The Mayo Clinic points out that since weak hamstrings can play a role in ACL injuries, exercises that strengthen and stretch the upper leg muscles are particularly helpful in reducing the incidence of ACL tears.

Before athletes take the field, players and coaches can help prevent ACL injuries by engaging in proper training and playing techniques. In an article published on the UCSF Benioff Children’s Hospital website, Daniel Kamenetzky, sport methodologist and kinesiologist, underscores this point. He notes how athletes who have their cleats completely in contact with the ground, but then pivot their foot, end up transferring the point of their rotation to the knee, which can serve as a possible cause of an ACL injury. “I consistently found the same fundamental issues: the athlete does not understand how to properly use his/her sport tools (shoes, among others) and also performs inefficiently his/her sport’s technique.”

Increased instances of these “wrong techniques” can lead to more ACL injuries, while proper coaching and education about how to perform certain movements and techniques may help prevent these injuries.

Mitigating the Danger of a Serious Sports Injury

ACL injuries can strike any athlete engaged in any sports activities, whether contact or non-contact. Being aware of the causes of ACL injuries and the training practices athletes can adopt to prevent them will go a long way toward keeping players on the field — and off crutches.

Lessons from Top Athletes with Disabilities

He Got Game: Life Lessons Shared with Jared Caudill