Concussions in Sports: The Journey Toward a Safer Playing Field 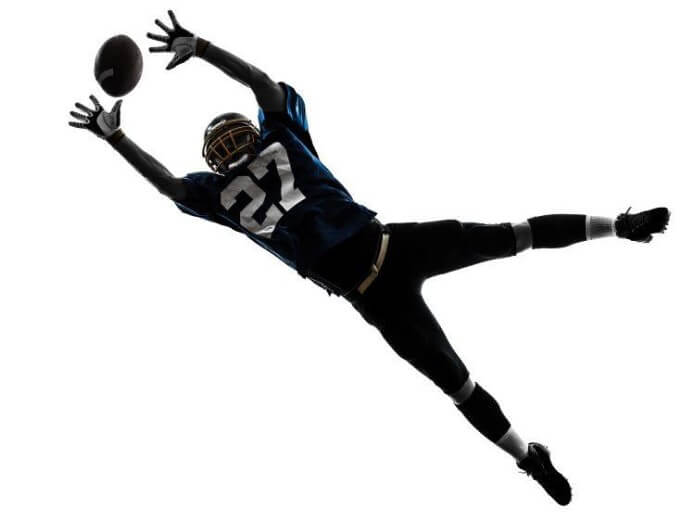 The Clinical Journal of Sports Medicine defines concussion as “a traumatically induced transient disturbance of brain function that involves a complex pathophysiologic process. Concussion is a subset of mild traumatic brain injury, which is classified based on acute injury characteristics at the less severe end of the brain injury spectrum.”

Concussions are particularly common among athletes playing collision sports such as football, basketball, hockey, and wrestling. In a study of 2,651 concussions, 60% occurred among football players. With over 460,000 NCAA student-athletes competing in 24 sports every year, the risk of concussion is a serious threat.

Over the past few decades, the American Medical Society (AMA) has made significant progress in studying sports-related concussions (SRCs) and has developed specific guidelines for diagnosis, assessment, and management. On the field, athletes, coaches, and team staff members must play their part to prevent concussions in sports.

Chapter 2: History of Concussions and Traumatic Brain Injuries in Professional and College Sports

Chapter 1: Statistics Regarding Concussions and Traumatic Brain Injuries in Sports

News headlines revealing alarming statistics of concussions in sports have exposed a serious issue plaguing sports associations and schools across the U.S.

According to the Clinical Journal of Sports Medicine, every year an estimated 1 million to 1.8 million SRCs affect individuals from birth to 18 years of age. Most athletes recover from SRCs within one to four weeks; however, some may require a team of specialists to manage complications or prolonged recovery.

Chapter 2: History of Concussions and Traumatic Brain Injuries in Professional and College Sports

During an NFL game in 2016 between the Carolina Panthers and Denver Broncos, Panthers quarterback Cam Newton received several blows to the head. But to the surprise and anger of many, including Newton’s father and teammates, Newton was not removed from the game for evaluation.

After the game, the NFL issued a statement that read, “There was communication between medical personnel on the Carolina sideline, including the unaffiliated neurotrauma consultant, and the two independent certified athletic trainer spotters in the booth. They concluded there were no indications of a concussion that would require further evaluation and the removal of the player from the game.”

This incident and countless others demonstrate the public’s concern for athlete safety. Annually, an estimated 1.1 million high school and 75,000 college athletes play tackle football and risk injury. However, not until recently did national sports associations begin to acknowledge the seriousness of concussions in sports. Learn more from the CDC and Sports Illustrated.
A. NFL history of concussion research and regulations
Mike Webster, Terry Long, Andre Waters, Justin Strzelczyk — all were football players with illustrious careers who suffered untimely horrific deaths. Fans were shocked to hear of the painful decline of each of these football legends.

In 2002, neuropathologist Bennet Omalu found CTE in the brain of Webster, Hall of Fame center for the Pittsburgh Steelers. The NFL did not welcome Omalu’s findings but instead used its power to try to discredit him and his findings. Read more about Omalu’s journey to discovering CTE and raising awareness.

Five years later, in the summer of 2007, NFL commissioner Roger Goodell led the first league-wide concussion summit. The committee announced it would conduct a five-year study on 120 retired NFL players.

In 2013, the NFL finally introduced concussion assessment guidelines in an effort to improve the detection of concussions during games. The guidelines were developed by the NFL’s Head, Neck, and Spine Committee and included a protocol for sideline education, preseason education, personnel requirements, evaluation, and baseline testing.

Each team is required to have a medical staff consisting of an unaffiliated neurotrauma consultant and a doctor. During every game, two athletic trainers are responsible for spotting plays that may result in concussions and call “medical time-outs” for a closer evaluation. Every game must have at least 29 medical professionals present.

B. NCAA history of concussion research and regulations

Langston’s family and many others have sued the NCAA for damages related to the long-term effects of concussions. The Langston lawsuit, according to an article by Inside Higher Ed, “calls the NCAA concussion-management practice ‘flawed’ in that it requires athletes to self-diagnose a concussion and give consent to continue playing when they may be unable to competently make that decision.”

A 2014 ruling forced the NCAA to pay $70 million for concussion diagnosis and testing in former college athletes. The NCAA was also required to develop guidelines for testing and diagnosing concussions. Under the new protocol, athletes who have suffered concussions are required to rest at least one day, and each game must have medical personnel on standby. However, the settlement does not fund treatment for athletes diagnosed with a concussion.

Read about the NCAA’s concussion diagnosis and management best practices.

Since then, additional research has been done to find ways to reduce rates of concussions in hockey. One possible way to do this is to increase the NHL standard hockey rink size to international standards. A 2004 study found that an extra 3,000 square feet of ice leads to significantly fewer total collisions and impact. Presently, the standard NHL rink size is 200 feet by 85 feet.

Check out the NHL’S concussion evaluation and management protocol.

D. Concussions in Other Sports
According to an American Academy of Orthopaedic Surgeons study, female soccer players suffer the highest rate of concussions among all high school athletes in the U.S. For the study, the researchers analyzed data on nearly 41,000 injuries suffered by high school athletes in nine sports between 2005 and 2015. The injuries included nearly 6,400 concussions from sports including football, soccer, basketball, wrestling and baseball for boys; and soccer, basketball, volleyball and softball for girls.

Though there is no cure, various organizations and federal programs have been established to study concussions. The Psychological Health/Traumatic Brain Injury Research Program is overseen by the Congressionally Directed Medical Research Program (CDMRP) and has received $978.2 million in funding since its inception in the fiscal year 2007. In addition, following Omalu’s publicized research findings, laws have been passed to help prevent injury and improve athlete safety.

A. Effective concussion risk management procedures
Following a concussion diagnosis, athletes receive specific instructions for managing symptoms and recovery. In addition to taking pain relievers, athletes may be required to pursue one or more of the following treatments.

The sports medicine community generally agrees on a cognitive and physical rest period of 24 to 48 hours after a concussion. Athletes should avoid strenuous exercise and unnecessary stress but may still participate in normal daily activities.

For individuals with persistent post concussive symptoms (PPCS), exercise that does not aggravate symptoms could actually improve them. To determine the appropriate level of exercise, PPCS symptoms should be evaluated by a multidisciplinary team.

According to the American Medical Society for Sports Medicine, “There is preliminary evidence that addressing cervical spine and/or vestibular dysfunction with a targeted physical therapy program improves outcomes in those with PPCS.” Cognitive behavioral therapy, as part of a collaborative care model, can also help improve PPCS outcomes.

B. Laws that address concussions in sports
Since Omalu’s groundbreaking research and unwavering determination to raise awareness of CTE, laws have been passed in all 50 states and the District of Columbia. A study published in 2017 found a significant decrease in repeat concussions among American teens.

Learn more about the laws passed between 2009 and 2014 addressing concussions in sports.

Read more about the effects of laws addressing concussions in sports.

C. New technology that identifies/addresses concussions
The NFL is actively investing in equipment that will lessen the impact of collisions and make football safer. Numerous companies have developed gear and technologies to prevent and test for concussions in sports. Though there is much progress to be made, recent technological advancements are painting a more optimistic future for athletes.

Vicis
After years of crash test simulations, the NFL named the Vicis Zero1 helmet the safest for football players. In 2018, 28 of the 32 NFL teams wore Vicis helmets.

The Q-Collar helps protect against mild TBI by applying “slight pressure to the neck which mildly increases blood volume in the brain to create a ‘cushion’ that may reduce movement of the brain inside the skull,” reads the company’s website.

Learn more about the Q-Collar.

The FITGuard mouthpiece was designed to increase early detection of head injury. The device constantly tracks rates of acceleration, causing LED lights to change colors, which signals the probability of a potential head injury.

Learn more about the FITGuard.

In 2018, the U.S. Food and Drug Administration (FDA) approved the Brain Trauma Indicator test to detect a concussion. The test measures for elevated levels of protein and costs around $150 — significantly lower than the cost of a CT scan, which can range from $800 to $1,500.

Hope for a Safer Playing Field

Coaches, parents, athletes, and sports staff members all need awareness of the risks and signs of concussions in sports. Each athlete must weigh the dangers and rewards of playing collision sports and take necessary preventive measures. Legislators, sports association officials, the scientific community, and tech developers must work together to reduce the number of concussions and improve the safety of sports.

Young athletes are counting on you.

Centers for Disease Control and Prevention, “Self-Reported Concussions from Playing a Sport or Being Physically Active Among High School Students—United States, 2017”

CNBC, “Players from Every NFL Team Will Wear This Advanced Helmet to Protect Against Head Injuries”

Future Medicine, “Concussion in the National Hockey League: A Systematic Review of the Literature”

GQ, “Bennet Omalu, Concussions, and the NFL: How One Doctor Changed Football Forever”

Inside Higher Ed, “Testing, but No Treatment”

MedStar Sports Medicine, “Which Youth Sports Cause the Most Concussions?”

Sports Illustrated, “What Is the NFL’s Concussion Protocol?”