How to Market to Instagram Influencers: Understanding the Influencer Business Model and Analytics 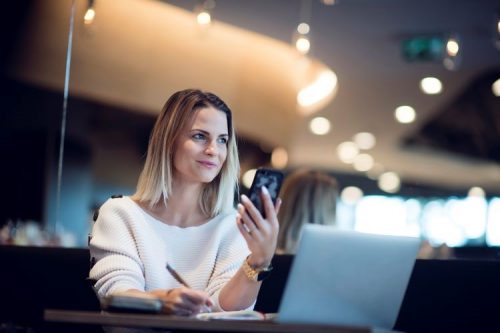 The business of online influencers is booming: Marketers will pay internet personalities around the world up to $8 billion in 2019 to promote various products, according to estimates by Business Insider. The marketers’ budgets for influencers will nearly double to $15 billion in 2022.

While every major social media platform has drawn the attention of marketers who are looking for influencers, the top platform in the influencer market by far is Instagram. Influencer Market Hub ranks the major platforms that marketers choose for their influencer campaigns:

Part of Instagram’s popularity among marketers who are looking to tap the lucrative influencer audience is the platform’s 1 billion-plus active users. But there’s more to Instagram’s influencer magic than raw numbers. Digital Doughnut highlights the tendency of Instagram users to join groups based on the people and things that most interest them. Fashionistas congregate with other fans of haute couture, foodies hang out with their fellow gastronomes, and so on.

Within these ad hoc groups, leaders naturally come to the fore, whether because of their knowledge of the subject, their ability to inspire others in the group, or simply because of their charisma. In most instances, the top Instagram influencers succeed because of a combination of factors: they know and love what they’re talking about, and they click with their audience.

This is a powerful combination for marketers because genuineness such as this is often lacking in so many conventional celebrity endorsers. Berkeley Political Review points out that consumers are “mindful of the discrepancy between the lifestyle of a celebrity and that of an average consumer,” and thus “celebrity endorsement can be met with skepticism.”

Web services firm Hootsuite defines influencer marketing as a collaboration between a business and an influential person to promote a product, service, or campaign. The influencers offer marketers more value than traditional celebrity endorsements because of the dedication and devotion of their millions of online followers.

According to polling results reported by eMarketer, 31% of retailers have worked with “brand advocates” to become social influencers, 30% have used “micro-influencers,” and 28% have used paid celebrity influencers. Another survey conducted by MediaKix in January 2019 found that 89% of marketers in the U.S. consider Instagram the most important media channel for influencer marketing.

Not every company that embarks on an Instagram influencer campaign is happy with the results, however. As Influencer Marketing Hub explains, influencer marketing is so new that firms lack a blueprint to follow as they craft their social media strategy. Also, social media audiences are astute, despite the stereotypes of them being mindless zombies hypnotized by Like totals. The youngest social media users are especially adept at spotting advertising and will switch allegiances in an instant to avoid “blatant marketing,” according to the site.

The advice, tips and resources in this guide are intended to help marketers understand how to partner effectively with Instagram influencers. The information is meant to show how to take advantage of the influencer business model to sell company products and services on the most important social platform for marketers.

From a marketing perspective, the ideal influencer is someone who has the attention of your target market, can build trust in your brand, and gets people excited about your product. Celebrities and stars who are at the top of the Instagram influencer heap get the lion’s share of publicity. The most successful influencers, however, can have lower public profiles and still be hugely popular where it counts most: with their highly engaged followers.

The birth of the modern influencer coincided with the arrival of Instagram and other social platforms about a decade ago. The New Yorker describes the tenuous relationship between the influencer and the influenced: influencers can genuinely love the products they’re advertising, yet “the mere existence of financial motivation” affects their enthusiasm and gives their followers pause. That’s why guidelines released by the U.S. Federal Trade Commission in 2017 stipulate that social media influencers be transparent about their corporate sponsors.

A primary reason for the success of Instagram influencers is the fundamental change in how modern consumers respond to marketing, as Digital Doughnut explains. Direct advertising no longer resonates with people. Instead, they respond to brands that “reflect their values and their lifestyles, or [that] people they know have had good experiences [with] in the past.”

The primary reason for the rising popularity of the influencer business model is its effectiveness, especially when compared with alternative channels. The State of Influencer Marketing 2019 report from online marketing firm Linqia indicates that 18% of marketers believe influencer marketing “greatly outperforms” their brand-created content when used on other channels, and 39% state that it “somewhat outperforms” brand-created content. However, the report also identifies “determining the ROI of my influencer marketing programs” as the greatest challenge faced by marketers, cited by 52% of survey respondents. No other challenge was cited by more than 14% of marketers surveyed.

While the top celebrity Instagram influencers approach or exceed $1 million per post, this payment level is far from the norm. The rule of thumb for this new marketing medium is a penny per follower, or $100 for every 10,000 followers, as online marketing service Later explains. However, there is much variation in per-post rates for influencers based on such factors as engagement rate, client budget, campaign length, and the specifics of the partnership.

The high engagement rates of Instagram influencers have always been a primary reason for their popularity with marketers. BBC News reports, however, that as the field becomes more crowded, engaging Instagram audiences becomes more difficult. A big part of the problem is that influencers are asked to promote products they aren’t familiar with and wouldn’t use if they weren’t being paid. To maintain a high return on their marketing investment, influencers and their marketing partners must ensure they maintain trust and credibility with their audience.

One of the biggest challenges for companies planning an Instagram influencer campaign is quantifying the benefits they expect to receive. BigCommerce points out that the key performance indicators (KPIs) for influencer campaigns are brand awareness and direct response. While many campaigns will include aspects of both KPIs, they tend to emphasize one over the other.

The most common measure for brand awareness is the number of impressions, likes, comments, mentions, reach, and traffic. By contrast, direct responses are measured by actions, such as the number of clicks, sales, conversions, leads, downloads, and subscribers.

Determine the Best Influencers to Choose as Partners

The most important consideration when planning an Instagram influencer campaign is to identify the influencers who will have the greatest impact on the selected target audience. A survey conducted by the Influencer Marketing Hub found that identifying suitable influencers was the single greatest challenge companies face in implementing an influencer marketing campaign, cited by 36% of respondents.

For campaigns that require business-to-business influencers, Forbes recommends that companies look for “opinion leaders” in the sector, many of whom are executives of other companies. The two most important factors in choosing a B2B influencer are the authenticity of the endorsement and the company’s overall relationship with the influencer.

To ensure the authenticity of Instagram influencer posts, marketers need to include validation requirements in their contracts with influencers. The clauses include how and where influencers build their audiences (often requiring a third-party validator), and whether the payment is based on video views, content volume, or some other metric. The contracts should also cover liability issues and moral behavior.

Online marketer MediaKix recommends a return-on-investment (ROI) calculation for influencer marketing. The calculation divides total investment by total return and multiplies that number by 100. For example, a $10,000 campaign that returns $20,000 in revenue has an ROI of 200. However, many factors affect an influencer campaign’s ROI, most of which are difficult or impossible to quantify. These include the revenue generated indirectly as a result of improved social reach (followers, subscribers, and impressions) and increased engagement (likes, shares, comments, and mentions).

Use Analytics to Increase the Reach of Social Content

Demonstrating the revenue that results from Instagram influencer campaigns depends on extracting and analyzing data on user behavior. Joe Gagliese, co-founder of the influencer agency Viral Nation, explains on Vox that the company analyzes a range of data from its campaigns. This data includes views, likes, engagement rates, watch times, click-through rates, and comments. By guaranteeing a specific level of interaction, the company’s clients are ensured of a payoff for their investment in influencer marketing.

The first signs of influencer fatigue are already appearing, as Dazed reports:

Many people see Instagram’s removal of the Like button as another indication of the decline in the site’s engagement. The move is intended to prevent people from feeling bad if they don’t get a massive response from their posts—but as CNN Business reports, the move is likely to harm the people who have built Instagram businesses based on their Like totals.

Rather than seeing these and other challenges as an indication of the demise of influencers, most analysts consider the problems as signs of the marketing platform’s growing pains. The source Dazed points out that influencers must become more professional in response to the new emphasis on transparency and responsibility about when their posts are ads. While some Instagram influencers will likely drop out, most are expected to adapt to the realities of the influencer business model. In fact, many leading Instagram influencers look forward to a shakeout that eliminates the phonies and the money-grabbers.

The influencer marketing model is evolving as rapidly as it appeared. The influencers who can adapt and find new audiences, new sponsors, and even new platforms once Instagram meets its inevitable demise, are the ones who are primed for long-term success. More emphasis will likely be placed on micro-influencers who join influencer networks, work more closely with in-house influencer programs rather than content distribution, and abide by the guidelines for transparency and responsibility.