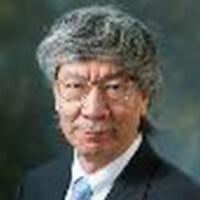 Dr. Zhu received the Ph.D. degree from the University of Alabama, Huntsville in 1989. His main area of research is nonlinear control theory, with a focus on advanced flight control systems funded over the past 5 years by AFOSR and NASA MSFC. Since 1999, he has been a participant in the NASA MSFC Advanced Guidance and Control R&D program working on launch and entry controllers for the X-33. His controller design is currently undergoing stringent final tests by high fidelity 6-DOF Monte Carlo simulations at MSFC along with the six other designs. Preliminary test results indicated that his design, which uses a trajectory linearization approach based on a linear time-varying spectral theory developed in his Ph. D. research, performed very well.

Currently, Dr. Zhu leads a four-university team as the Principal Investigator on a $4.4M NASA contract to develop an Integrated Guidance and Control (IG&C) system for NASA’s 2nd Generation Reusable Launch Vehicle. He is also a Co-Principal Investigator on a three-university team funded by the Ohio DAGSI-AFRL/VA program developing closed-loop control techniques for unsteady flow over a delta wing. In the past 10 years his research has been funded by NSF, AFOSR, NASA, and ARMY SSDC over $5.8M. He has published more than 80 papers in refereed journals and conference proceedings. Dr. Zhu is currently an elected Board of Governors member of the IEEE Control Systems Society (CSS). He served as the IEEE CSS Conference Editorial Board (CEB) Chairman from 1998-2001, and he is currently the Associate Chair of the CEB. The CEB is responsible for reviewing some 1,800 full-length papers per year, which constitute the main body of two 5,000+ pp. prestigious annual control conference proceedings.