Director of the Master of Athletic Administration Program 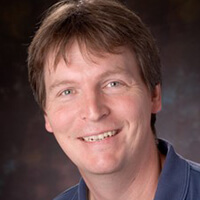 Aaron Wright is a lecturer in the Department of Sports Administration at Ohio University. He served as Director of the online Master’s in Athletic Administration program from 2010-2015. Aaron became an Ohio University faculty member in 2005, and taught in the undergraduate Sport Management program from 2005-2009. He also served for three years as Undergraduate Coordinator for the Sport Management program.

Aaron received both his MBA and Master’s in Sports Administration degrees from Ohio University in 2005. He earned his bachelor’s degree in Political Science from Haverford College, where he also played varsity basketball. After completing his undergraduate studies, Aaron played and coached basketball professionally in Europe for three years. He then returned to the United States and spent eight years as a high school athletic director, teacher, and boys’ basketball coach at Sandy Spring Friends School in Maryland. During his tenure at Sandy Spring, he also served as President of the Potomac Valley Athletic Conference for three years.

Aaron also worked in Division III intercollegiate athletics administration at Middlebury College in Vermont before relocating to Ohio to begin his graduate studies.

In 2013, Aaron earned his CAA from the NIAAA. Beginning in 2018, Aaron is the Executive Director for the Mid-Atlantic Athletic Conference and Interstate Athletic Conference, two independent school conferences in the Washington, DC area.