What Is a Pandemic? 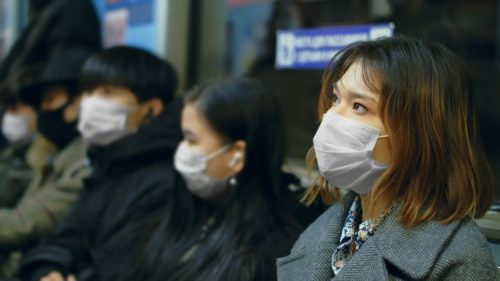 A pandemic is defined as a disease that has rapidly spread throughout different regions of the world. During a pandemic, public health experts take a leadership and advocacy role to optimize preparedness and response efforts. Their responsibilities include raising awareness of the risk, severity, and progression of the disease.

Take smallpox as a pandemic example. Smallpox is an ancient disease believed to have its origins in the Egyptian empire in the third century. The Centers for Disease Control and Prevention (CDC) reports that  According to Live Science, an estimated 300 million people died from the disease in the 20th century alone.

The discovery and production of an effective vaccine in countries with regular occurrences of smallpox, and the systematic detection of cases and vaccination campaigns, enabled public health professionals to aggressively fight smallpox. The World Health Assembly officially declared the disease eradicated in 1980.

The role of public health experts in pandemics is vital; their science- and data-driven guidance helps save lives in the face of some of the world’s deadliest diseases. Read on to learn more about:

What Is a Global Pandemic?

When an epidemic has spread out over several countries or continents, affecting many people, it becomes a pandemic. The WHO describes a pandemic as the “worldwide spread of a new disease.” The WHO establishes six phases of a pandemic:

The six phases serve as a framework to help countries integrate their national preparedness and response plans with a global pandemic response and mitigation efforts. When the global community works together before, during, and after a pandemic, they lessen the impact of illness around the world.

What Is Endemic vs. Epidemic vs. Pandemic?

Infectious disease terms such as a pandemic, epidemic, and endemic are often used to describe the evolution of a disease-causing virus, which can lead to misunderstandings. Knowing each term’s precise definition is essential to helping people understand how to respond to a public health crisis:

Endemic describes the persistent presence of an infectious disease in a specific country or geographic area. For example, malaria is endemic to the sub-Saharan region of Africa, meaning that it has a constant presence in that geographic area. When an endemic disease becomes highly persistent, it becomes hyperendemic; HIV afflicting one in five adults in parts of Africa is an example of a hyperendemic disease.

An epidemic occurs when a disease suddenly impacts more than a standard number of people in a community or geographic region. In an epidemic, active, fast, out-of-control spread of a new disease in the area poses significant risks to human populations. When the scope of disease infections is limited to a region, it remains an epidemic. For example, the COVID-19 virus was initially considered an epidemic because cases were limited to Wuhan, China. However, upon its spread to other parts of the world, COVID-19 became a pandemic.

A pandemic poses a significant risk of affecting a large number of people. It’s an epidemic that has spread to multiple countries, regions, and continents. According to the WHO, a pandemic is a public health emergency, defined as “an occurrence or imminent threat of an illness or health condition.” Only when a disease has fulfilled all of the WHO’s six phases is it officially labeled a pandemic.

What Are Some Pandemic Examples?

Viruses have plagued humanity since the beginning. Diseases such as influenza, malaria, smallpox, and tuberculosis first appeared about 10,000 years ago, with the evolution from a hunter-gatherer society to an agrarian one. However, the first-ever recorded pandemic took place in Athens in 430 B.C. during the Peloponnesian War. Reported symptoms of the disease included fever, raw throat, and lesions.

Even as humans developed methods to fight the impact of infectious disease over the following centuries, viruses persisted. In the age of scientific breakthroughs, medicines, technology, and public health initiatives, pandemics born of viruses continue to evolve.

The current coronavirus pandemic follows a long line of significant pandemics that have impacted the world. Below are a few examples:

The 1918 influenza pandemic, often called the Spanish flu, was the deadliest pandemic in recorded history. The CDC estimates that it affected 500 million people; that is, “one-third of the world’s population became infected.” The 1918 H1N1 influenza pandemic reportedly killed between 50 million and 100 million people. The virus was from an avian source, meaning that it was initially transmitted to humans from birds, after which it spread human to human. The lack of a vaccine combined with the uneven application of recommended interventions, such as quarantine, good personal hygiene, and limited public gatherings, led to the disease’s rapid spread and high death toll.

According to the CDC, the H2N2 influenza pandemic was caused by a novel virus that first emerged in East Asia. By mid-1957, it became a pandemic. The disease was first reported in Singapore in February 1957. Two months later, the disease caused by the virus appeared in Hong Kong. The U.S. reported its first cases in the summer of 1957. An estimated 1.1 million people died from the virus.

From its emergence in China in November 2002, severe acute respiratory syndrome (SARS), caused by the virus SARS-CoV, spread rapidly to 26 countries by the summer of 2003, according to The Lancet. Affected continents included North America, South America, Europe, and Asia. According to the WHO, a total of 8,437 SARS cases resulted in 813 deaths. The relatively low number of deaths can be attributed to public health officials who led surveillance efforts and encouraged governments to isolate patients promptly. Quarantine was also strictly enforced in affected regions.

First detected in the U.S. in the spring of 2009, the swine flu pandemic quickly spread to other parts of the world. Estimated deaths worldwide range from 151,700 to 575,400 people, according to the CDC. People younger than 65 years of age were the most impacted, making up 80% of deaths. Live Science reports that a new strain of the 1918 H1N1 influenza virus caused the H1N1 swine flu pandemic. While the death toll of the H1N1 swine flu pandemic was markedly less than that of the 1918 H1N1 influenza pandemic, it’s estimated that up to 1.4 billion people were infected.

Patients with Middle East respiratory syndrome coronavirus (MERS-CoV) develop a severe respiratory illness. The mortality rate for MERS is high, with the CDC reporting about 4 out of every 10 patients dying. A total of 858 people have died from MERS. Originating in Saudi Arabia from an unknown animal source, MERS primarily affected people in the Arabian Peninsula. However, an outbreak in South Korea took place in 2015.

Millions of lives throughout the world have been impacted by the novel coronavirus, which has killed hundreds of thousands as of summer 2020. Common symptoms of COVID-19 — fever, cough, chills, shortness of breath, difficulty breathing — can show within two to 14 days after exposure. Older adults and people with underlying medical conditions, such as heart or lung disease or diabetes, are at higher risk for severe complications, such as pneumonia. In severe cases, patients may require breathing assistance from a mechanical ventilator. Public health experts are still collecting data on COVID-19.

The Role of Public Health Professionals During Pandemics

Public health professionals determine the causes and spread of diseases by investigating human populations. They study the impact of disease across different groups over time and develop control methods and strategies to prevent its spread, keeping people healthy.

The main responsibility of public health professionals during pandemics is to determine the factors behind its spread, including its origins and how it’s transmitted from person to person. They also implement strategies to help stop the spread of the disease, including setting policies such as social distancing.

In investigating the factors causing the spread of disease, public health professionals use data and scientific methods to measure variables such as human interactions, socioeconomic status of populations, and travel. They then develop policies designed to help reduce the spread of disease. Ultimately, they’re responsible for enforcing isolation, understanding quarantine conditions, monitoring cases, connecting people with necessary resources, opening clinics, and upholding local and national laws.

Public health professionals work together with local, regional, and national governmental agencies, health care facilities, and others to implement emergency preparedness plans that include the following:

Pursue a Career in Public Health

Public health professionals are found on the front lines, especially during health crises. They work to protect communities from exposure to a virus affecting the health of many people, and with the potential to affect many more. During a pandemic, they provide expert guidance, which can make a significant impact on the health of entire communities, protecting the most vulnerable and saving lives. Key skills for a career in public health include the ability to:

Ohio University’s online Master of Public Health program prepares students with these and other key skills. The curriculum includes courses such as Program Planning and Implementation in Public Health, Evaluation and Quality Improvement in Health Care, and Biostatistics in Public Health. These and other courses provide graduates with a foundational knowledge of public health and teach them how to assess, design, implement and evaluate health interventions for communities. Graduates often move on to work in local or state health departments, community-based organizations, and government and global health facilities.

Explore how Ohio University’s online Master of Public Health can prepare you with the essential knowledge of how to work with science, data, and people to effectively provide care to communities, especially underserved groups throughout the world.

MPH vs. MHA: Discovering the Difference Between Two Degrees