What Do Political Scientists Do? 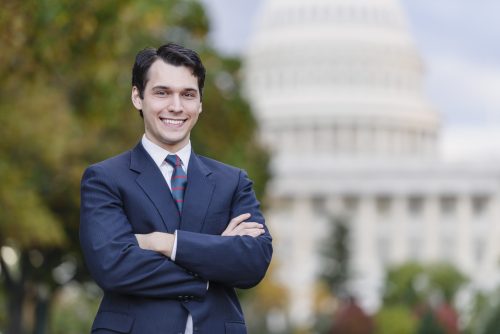 Political scientists are the researchers and analysts who help provide the framework for government operations and public administration. As the test preparation company The Princeton Review described them, “political scientists study the structure and theory of government and seek practical and theoretical solutions to political problems.”

What Is Political Science?

Political science, as the U.S. Bureau of Labor Statistics (BLS) explains, is the study of the origin, development, and operation of political systems. Practitioners specialize in researching political ideas and analyzing governments, policies, political trends, and associated issues. Concentrations may include national politics, comparative politics, international relations, or political theory.

The field shares many characteristics with other social sciences, Encyclopedia Britannica adds, but political science “is distinguished from them by its focus on power – defined as the ability of one political actor to get another actor to do what it wants – at the international, national, and local levels.”

Political science, the encyclopedia continues, “studies institutions and behavior, favors the descriptive over the normative, and develops theories or draws conclusions based on empirical observations, which are expressed in quantitative terms where possible.”

Typical tasks for political scientists, according to the BLS, include:

The BLS continues with some of the techniques political scientists use:

According to the BLS, more than half (53%) of political scientists worked for the federal government in 2018, the most recent year for which figures were available. The next largest group – 26% — worked in professional, scientific, or technical services.

The Princeton Review, however, notes that the “vast majority” of political scientists teach at the college and university level while also conducting research and publishing articles and books about political theory. Topics of current interest for political scientists in the United States include welfare reform, political campaigns and elections, foreign relations, and immigration.

No matter which career path they choose, political scientists need certain skill sets to be effective. According to the BLS, those abilities include:

Employment prospects for political scientists appear to be generally positive.

The BLS expects employment for political scientists to increase 5% from 2018 to 2028, which is about average for all occupations.

But The Princeton Review sees changes ahead stemming from recent societal shifts.

“Fewer vacancies at colleges and universities will mean that competition for existing jobs will be keen,” the organization says. “With the move toward smaller, more efficient government, jobs in local, state, and federal government agencies will shrink rapidly. Limited employment opportunities will be available in the private sector with certain industries, political parties, and individuals seeking public office.”

It concludes, however, that “while future job opportunities are limited, the position itself has been around for a long time and should remain secure.”

Because computers are crucial to the data analysis that constitutes much of what contemporary political scientists do, The Princeton Review continues, “individuals with strong computer training and language skills will fare far better in the field, particularly those specializing in the areas of public administration and public policy.”

As of May 2019, the median annual salary for political scientists was $122,220, according to the BLS. Top earners worked in professional, scientific, or technical services ($133,200), followed by federal government employees other than those in the postal service ($126,060).

Political Science and the MPA Degree

Working in the field and advancing as a political scientist means earning a graduate degree.

“The job of a political scientist is an intellectually challenging one and places a premium on higher education,” The Princeton Review says. “Most jobs require a master’s degree. … Students who specialize in a particular field such as public administration, international relations, or public law will fare slightly better in seeking jobs.”

The BLS notes that an MPA is a popular degree choice, especially for professionals who want to work in government administration. MPA programs offer courses in research methods, policy analysis, and related topics, as well as specific concentrations that can give job seekers an edge over their competition. Other graduate options include a master’s in public policy or public affairs.

The program, which is 100% online, offers four concentrations: Public Leadership and Management, Nonprofit Management, State and Local Government Management, and Crisis and Emergency Management. Students can finish their degree programs in as few as two years.