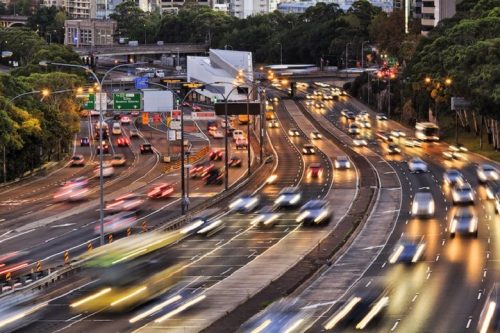 The severity of traffic congestion has increased in the U.S. in recent decades, according to a 2020 report from the Association for Commuter Transportation (ACT) in partnership with the U.S. Department of Transportation (USDOT).

“In 1982, the average person living in one of the country’s 75 largest cities faced seven hours of travel delay per year,” the report states. “By 2001, that figure had shot to 26 hours of delay per year, and the most severely congested periods of the day — once known as the ‘rush hour’ — stretched to cover nearly six hours of each day … with the average ‘rush hour’ trip taking nearly 40 percent longer than the same trip at other times of the day.”

While traffic congestion prevention has advanced over the past few decades, many cities still struggle to deal with it effectively. The USDOT found that between 1980 and 2021, the U.S. built more than 870,000 lane miles of highway, yet pre-COVID-19 congestion was worse than it was in the early 1980s.

Many ways that city and roadway engineers approached road design in the past haven’t proven effective at limiting traffic congestion, such as the move to expand city highways. By prioritizing a monolithic route and disincentivizing diverse roads and travel methods, engineers have unintentionally added to city congestion.

However, well-researched and proven solutions to traffic congestion problems exist. Earning an advanced engineering degree, such as a Master of Science in Civil Engineering, can prepare individuals to design alternatives to city highways that use developing transportation methods and innovate on current road systems plagued with traffic congestion

Primary causes of traffic congestion include the following, according to USDOT:

In many cases, multiple factors can occur at once. One cause of traffic congestion can lead to another, such as when the onset of challenging weather for road travel generates a rise in traffic as drivers rush home.

Traffic creates more problems than just commuting delays. Traffic congestion can cause compounding issues for delivery drivers and the supply chain, slowing the restocking of food and other essentials to communities that don’t have many local sources. High congestion can also influence the public’s perception of a community. It may discourage new businesses and potential residents from moving to the area, for fear of constant traffic.

Despite the many causes of roadway congestion, civil engineers have tools to reduce its effects and, in some cases, prevent it. More innovative road design can help direct the overflow of drivers onto side roads, reducing the chance of traffic congestion. Alternate transportation infrastructure, such as bus lanes, bike lanes, and sidewalks, can provide travel options outside private vehicles. Investment in public transportation can expand those options even further.

Here are a few more details on some of these traffic congestion solutions.

One of the easiest ways to improve traffic congestion is to remove the issue of congestion arising from too many people trying to travel at once on any given road. When a civil engineer’s design offers alternative routes to the same destination, this can help reduce the number of vehicles in high-traffic areas. This allows all streets to share the load of traffic and reduces the number of times drivers wait in it.

Another solution is to reduce the number of lanes available to private vehicles, in favor of public transportation. By exchanging a few open roadway lanes for bus lanes, carpool lanes, or even sidewalks, a civil engineer’s design can reduce the overall number of vehicles on the road, as some potential drivers may opt for another form of transportation that’s cheaper or better fits their lifestyle.

Of course, there will always be drivers who require or choose to drive their own vehicles. However, reducing the overall number of vehicles on the road by providing other options can reduce the potential for congestion.

To increase the use of alternative transportation methods, cities and infrastructure planners have recognized the importance of providing the necessary infrastructure to ensure these methods are safe and efficient. Many cities are increasing their investments in amenities such as bike lanes, carpool lanes, bus-only lanes, bus tunnels, trolleys or streetcar tracks, and more.

The degree of effectiveness expected from these types of designated alternative-transit infrastructure is increased by the outright removal of conventional vehicle lanes, according to an article by Streetsblog. Creating wholly separated streets or exclusive spaces more effectively streamlines traffic than simply painting lanes or messages on existing pavement. Transit design will become an increasingly vital part of urban planning and revitalization efforts in the coming years.

For example, the Bus Rapid Transit (BRT) system is an alternative to a high-cost metro rail that uses dedicated bussing corridors in metro areas, a more efficient and accessible form of transportation, according to the Institute for Transportation and Development Policy.

Creative minds could take existing public transit infrastructure and create brand-new possibilities that not only curtail a variety of growing problems but provide the capacity for growth for towns, cities, whole states or countries, and beyond.

The field of transportation technology and design is projected to experience rapid growth as a convergence of factors propels it to new heights of relevance and demand. Greater demand for better public transportation will be driven by rising national and global populations; increasing calls to reduce reliance on fossil fuels; decreasing costs of alternative energies and technologies; and slow but steady societal behavior shifts that propel more people into lifestyles that reduce personal vehicle ownership.

Plan Your Route to a Career in Civil Engineering

Traffic congestion problems and their solutions are only one aspect of civil engineering. The online civil engineering master’s degree from Ohio University offers courses such as Traffic Impact Studies, Traffic Parameters, and Transportation Planning Fundamentals that introduce students to important fundamentals about traffic congestion, what causes it, and how best to reduce it.

Learn more about our online Master of Science in Civil Engineering program and master how to effectively supervise, plan, design, construct, and operate the infrastructure that connects the modern world.

5 States with the Most Congested Highways in the Country

What Do Civil Engineer Do for Their Communities?

Institute for Transportation and Development Policy, What Is BRT?