Tips for Minimizing Negative Interactions Between Fans and Officials 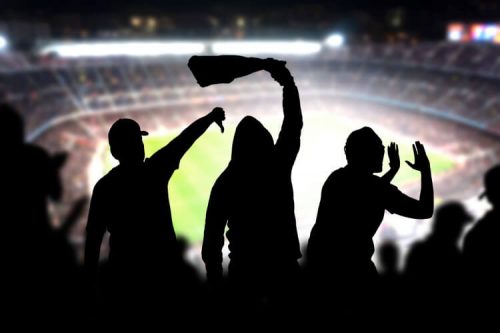 Sports fans and athletes’ parents are known for their enthusiasm. Positive enthusiasm enhances matches and creates an exciting atmosphere for everyone involved. But sometimes spectator enthusiasm tips over into frustration — and from there it can morph into ugly behavior such as verbal abuse, swearing, physical threats, and even physical violence.

Much of this behavior is directed at officials, who are in the hot seat when it comes to making tough calls during competition. Officials at all levels, from peewee sports to professional leagues, are regular targets of fan abuse. According to a 2017 survey by the National Association of Sports Officials, however, the situation seems to be worst in recreational youth, competitive youth, and high school sports. Out of nearly 17,500 survey respondents, 65% cited these areas as being the most extreme in terms of negative interactions between fans and officials.

Although angry fans and parents cannot be totally avoided, athletic directors and other high-level administrators have a role to play in setting and maintaining a positive atmosphere during competition. The confidence and know-how to approach this task can be obtained through academic programs such as Ohio University’s Master of Athletic Administration online. Featuring targeted instruction in sports administration, this program provides background information that can prepare candidates for on-the-job success.

When game time arrives, additional strategies come into play. Atkins and Callahan have these suggestions:

Parents occupy a unique niche in the sporting world. They are more than just fans — they have a personal stake in their children’s athletic success. They often care desperately about the outcomes of games, and this feeling may incite bad behavior toward officials.

For this reason, athletic directors should pay special attention to parents when laying the groundwork for minimizing negative interactions with officials. In a recent Psychology Today article, psychologist Frank L. Smoll suggests a list of simple “do’s” and “don’ts” that sports administrators should share with their athletes’ families:

To help parents remember these guidelines, athletic administrators can suggest something Smoll calls a “video rule.” Parents should imagine they are being videotaped during any competition, then imagine watching a playback of the film later. “Don’t do anything that would embarrass yourself or your child. Do things that would make your son or daughter proud,” Smoll explains. Through simple techniques like this one, athletic administrators can greatly reduce the likelihood of negative fan/official encounters.

Teaching Fair Play and Sportsmanship to Youth at All Levels