The Role of Cheerleading in High School Athletics 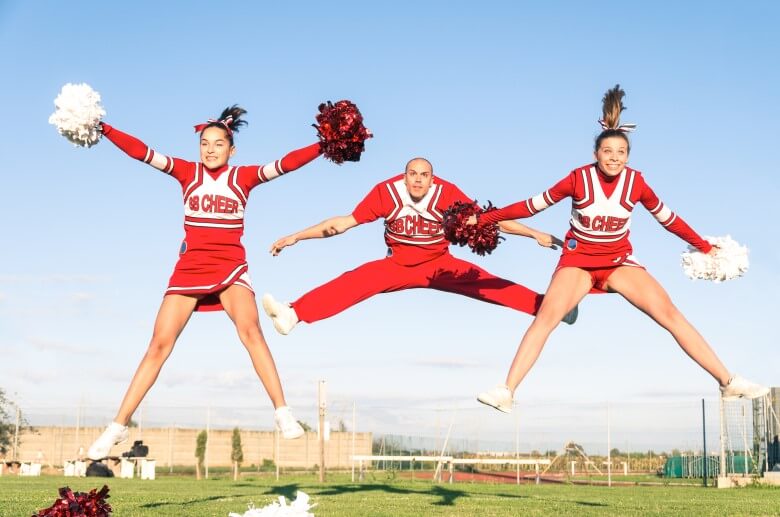 Since the introduction of cheerleading in the late 1800s and the founding of the National Cheerleading Association in 1948, cheerleading has evolved into an essential component of athletic departments.

Nearly 4 million Americans from elementary school through college participate in cheerleading each year, according to the New York Post. And though it’s generally associated with pom-pom waving females, almost 50% of collegiate cheerleaders these days are male. For the first time in NFL history, the 2018 season included two male cheerleaders on the sidelines. With more than 70 countries participating in cheerleading competitions, there is talk of the sport making its way to the Olympics.

Athletic directors (ADs), especially those who have earned a master’s in athletic administration online, understand why cheerleading is important: to generate enthusiasm, promote school spirit, and encourage success on the field.

They also know that it’s a sport, not just sideline entertainment.

Cheerleading as a Sport

Though cheerleading has been around for more than a century, some people still question whether it qualifies as an athletic activity.

Contemporary ADs know that cheer meets all of the requirements of true athletics. As athletes, cheerleaders are under the supervision of the AD and should be integrated into the overall program. High school sports manager duties include ensuring that every member of the team feels valued, meets education requirements, and understands safety regulations.

In addition to the strength and stamina expected of any athlete, cheerleaders also need to exhibit skills in dance, tumbling, and gymnastics.

“Most high school cheer teams require at least a back handspring to even be considered for a spot on the team. It is a very common thing for gymnasts to go into cheerleading since they can integrate lots of their gymnastics experience into cheer including their tumbling, jumps, and overall energy and precision,” according to “10 Reasons Cheerleading is One of the Hardest Sports in the U.S.” on Odyssey.com.

Varsity.com, a provider of cheerleading and dance team apparel and a leader in educational camps and competitions, also points out that cheerleaders practice after school three to five times a week for a couple of hours per session. The squad has to prepare for and organize pep rallies on game days, and most cheerleaders can also expect to attend cheer camp in the summer.

At the games ― usually football or basketball, though some squads cheer at baseball, soccer, or volleyball games as well as wrestling matches ― cheerleaders are active on the sidelines for the duration of the event.

Like other athletes, cheerleaders are at risk for activity-related injuries.

Over the past 25 years, approximately 66% of all catastrophic injuries in high school athletes resulted from cheerleading, according to a report by the National Center for Catastrophic Sport Injury Research.

“These girls are flipping 10, 20 feet in the air,” says Dr. Samantha Rosman, a board member of the American Medical Association. “We need to stand up for what is right for our patients and demand they get the same protection as their football colleagues.”

Treating cheerleading as a sport ― one with proper training and medical support ― would decrease the number of injuries from tumbling and pyramid falls, according to the American Medical Association and the American Academy of Pediatrics (AAP).

Responsibilities of a Cheerleading Team

Cheerleaders, in addition to training in stunts and tumbling, learn a variety of techniques for engaging with fans and promoting spirit at a game.

Off the field, they are role models ― some 60% of cheerleaders hold a leadership role at school and one-third of all cheerleaders are members of the student council, according to a report by Varsity.com.

The National Federation of State High School Associations (NFHS) recognizes cheerleaders as being:

The Competitive Side of Cheerleading

Cheer doesn’t stop with supporting the school teams. It also has its own competitive arena.

Competitive Sport Cheer (STUNT) is one of the fastest-growing women’s sports in the country, according to the NFHS.

In the 2017-18 school year, 162,699 female students at 6,877 schools participated in competitive spirit squads ― making the activity the ninth-most popular among girls’ programs, according to an NFHS participation survey of high school athletes.

Ohio University, a leader in athletic education, established the first specialized academic sports program in the United States in 1966.

The online Master of Athletic Administration program is designed for professionals looking to advance their careers in athletic administration. Graduates are eligible for the National Interscholastic Athletic Administrators Association (NIAAA) certification. On average, students can complete the program in two years and develop the skills to run a successful interscholastic athletic department that meets the needs of student-athletes.

Cheerleading has evolved into a billion-dollar business: New York Post

Why The American Medical Association Wants Cheerleading Designated As A Sport: Think Progress One of the hardest sports: Odyssey.com Cheerleading as a sport: Varsity.com

Is Cheerleading a Sport?: Medical Daily

Role of Cheerleaders in an Athletic Department’s Mission: NFHS