The Numbers Behind OHIO’s MAA Graduates

Pursuing a master’s degree in athletic administration poses some serious questions. Is it worth the time commitment? Will I be able to get a job as an athletic administrator? What can this program teach me that will be useful? To help provide some answers, we surveyed our graduates on a number of areas related to their experiences with the MAA degree.

To learn more, check out the information below created by the Ohio University online Master of Athletic Administration program. 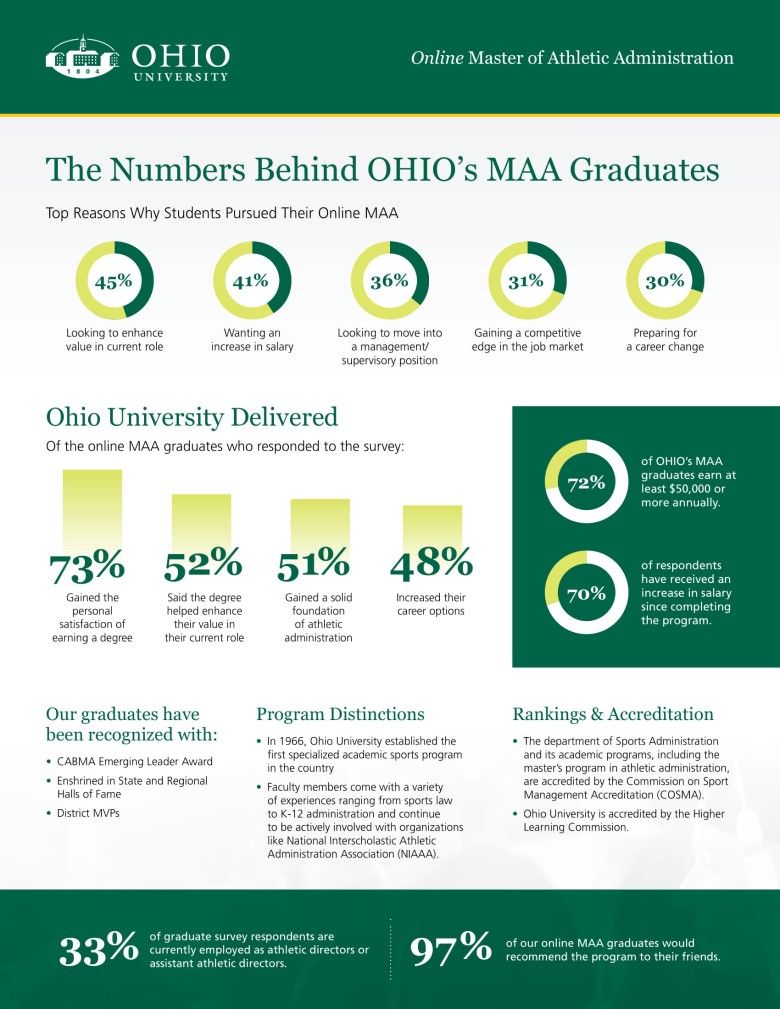 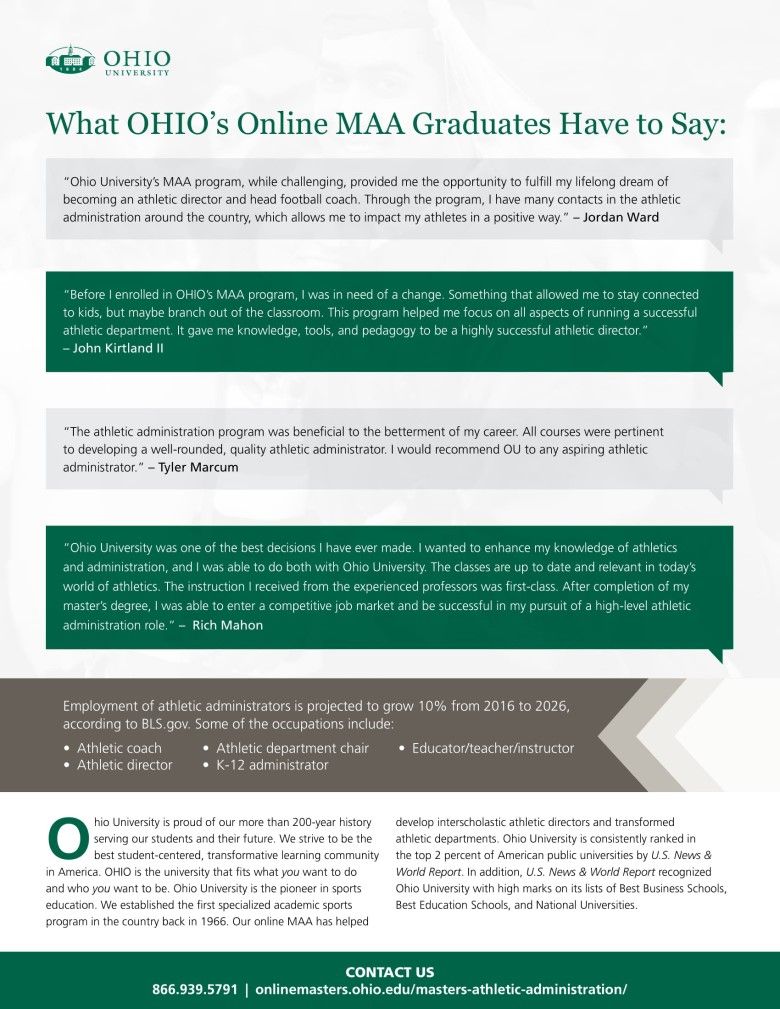 According to the U.S. Bureau of Labor Statistics, employment of athletic administrators is projected to grow by 10% from 2016 to 2026. Whether a volunteer or an athletic professional, OHIO’s online MAA degree will provide the foundation for developing interscholastic Athletic Directors, building on the students’ passion for serving young student-athletes and running a highly-successful athletic department.

Our graduates have been recognized with

Why choose OHIO’s online MAA program? Hear what our MAA grads are saying

The Ohio University online Master’s in Athletic Administration program specializes in developing interscholastic Athletic Directors, building on the students’ passion for serving young student-athletes and running a highly-successful athletic department. Ohio University is the pioneer in sports education. By establishing the first academic program in the field of sports administration, this online program is recognized today as the premier professional training program for candidates seeking careers in the sports industry.