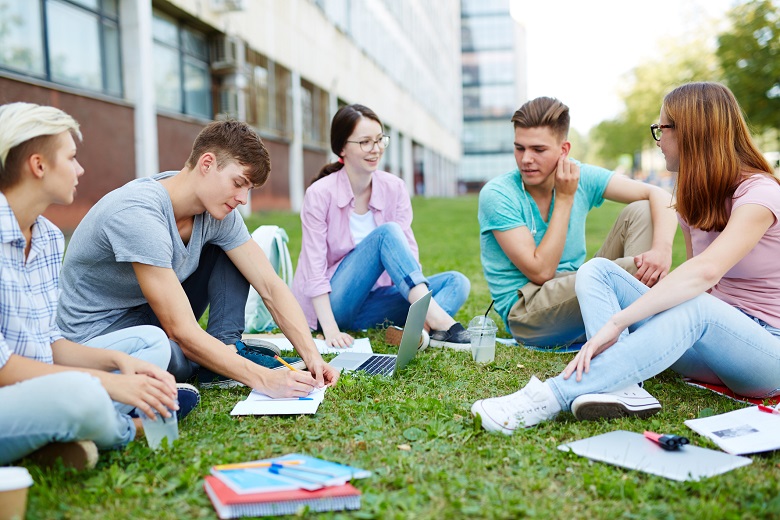 In high school sports, many people have a voice. Coaches, officials, and athletic directors all have established forums to express their thoughts and concerns. Sometimes forgotten in the shuffle, though, are the participants who arguably have the most at stake on the athletics front: the student-athletes themselves.

Athletic entities interested in closing this gap are increasingly establishing student-athlete advisory committees (SAACs). High school SAACs now exist at every level, from advisory boards at individual schools all the way up to district- and state-level committees. Although the particulars vary from board to board, depending on the institution’s needs, the overarching goal is the same: to meet student-athlete needs by giving them a say in the policies, procedures, and rules that intimately affect their daily lives, thus improving the athletics experience for participants and administrators alike.

The responsibility for managing students’ SAAC participation often falls to the athletic director or other sports administrators at individual schools.

They may be tasked with either establishing such committees for their own programs or recommending and monitoring candidates for higher-level committees. Either way, the skills and knowledge of sports management terminology necessary to approach this task can be obtained through academic programs such as Ohio University’s Online Master of Athletic Administration. Featuring targeted instruction in sports administration, this program provides background information that can prepare candidates for successful careers in athletic leadership.

The National Federation of State High School Associations (NFHS), which oversees high school athletics in the United States, does not offer targeted instructions for setting up and running SAACs. Such instruction is offered, however, on the website of the National Collegiate Athletic Association (NCAA). The NCAA standards currently offer the most comprehensive guidance for the functions of a SAAC and are usually used as a starting point for secondary-level organizations wishing to establish their own student advisory committees.

According to the NCAA, the functions of a high-level SAAC (such as a state high school organization) generally include:

Lower-level SAACs, such as those serving a high school district or an individual school, are narrower in scope and focus more on the needs of the particular institution. Functions of such student advisory committees include:

The NCAA recommends adopting a student advisory committee constitution as the first step in forming a SAAC. Although there are no hard-and-fast rules for what must be included in SAAC constitutions, some things to consider include:

This list is just a starting point. Administrators may include anything relevant to their particular program. Some ideas might include the SAAC’s desired social media presence and methods, specifics about administrative liaisons and their role, and procedural methods (such as Robert’s Rules of Order) to be used during meetings.

The Value of Student Advisory Committees

Although setting up and running a SAAC takes some work, these committees are proving invaluable to individual high schools, districts, and states. From the administrative perspective, they help coaches, officials, and other staff to connect with student-athletes and adjust their focus accordingly. They can also bring new momentum to administrators, particularly those who are not involved with student-athletes on a daily basis.

“I think sometimes when we’re here in the state association office and not in a school, we can forget what it’s like to be around students,” says Andy Frushour, director of brand management for the Michigan High School Athletic Association. “Hearing their voices and getting that burst of energy from these really great students has really helped me do my job in the past 10 years since we started doing this.”

For student-athletes, the benefits are more immediate and personal. Student advisory committees do not merely help set policies and rules, they also give athletes a voice at the table and allow them to feel heard. They’re an attitude booster that might give your program a winning edge.

Instilling Student-Athletes with a Sense of Ethical Responsibility