Protecting Natural Resources as an Engineer 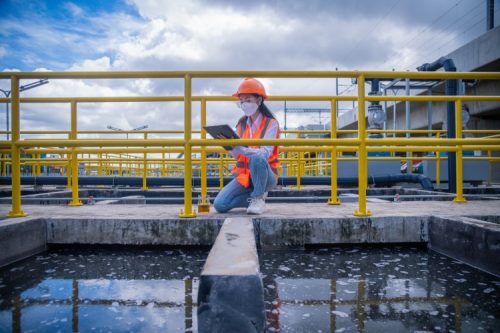 In the past, some key innovations within this field have directly involved using natural resources (e.g., hydroelectric dams, water treatment systems). Yet in present-day society, these specialized civil engineers are now being asked not only to develop high-quality methods for using natural resources but also to create ways to protect these resources from contamination. Some contaminants that are new concerns are related to an overgrowth of bacteria, climate change, and the release of specialty products and chemicals.

Few careers have more impact on the environment’s health and the sustainability of our natural resources for future generations than that of a natural resource engineer. A master’s degree in civil engineering can teach students the critical features of natural resources and the threats they face.

What Does ‘Natural Resources’ Mean?

One way to categorize natural resources is by whether they are considered renewable. Some resources, such as trees and plants, are renewable because of their rapid regeneration. Others, like copper and oil, take much more time to be produced naturally and are deemed nonrenewable.

Natural resources include anything humans can extract from their environment and are key elements of everything from gasoline to medicine to construction materials.

Fresh water is a vital natural resource that life on Earth depends on. However, it is limited; just 3% of Earth’s water is freshwater that can be consumed. While water is considered a renewable resource, increasing threats of contaminants and severe drought have brought it to the forefront of sustainability efforts.

Soil’s abundance and simplicity make it a pivotal natural resource. Agriculture is the primary use for soil, often used in growing crops for food and trees for wood and wood products. While soil might seem to be abundant, it is nonrenewable. As the minerals in soil diminish after use, they can become inert and take generations to revitalize.

Decaying organisms that died millions of years ago eventually transform into oil as organic matter is compressed and heated beneath Earth’s surface. Crude oil, also called petroleum, is pumped to the surface and refined to create diesel, propane, gasoline, jet fuel, and other products.

Petroleum alone accounts for 36% of the U.S.’s total energy consumption, according to the U.S. Energy Information Administration. Despite its prevalence, because oil takes millennia to produce, it is considered a nonrenewable resource. On top of this, burning petroleum releases greenhouse gases into the atmosphere that accelerate climate change, making it difficult to justify using it for fuel when compared with more environmentally friendly fuel sources.

When harvested for timber, trees are used to create paper, furniture, plywood, and other construction materials. Trees must be harvested with care, as deforestation can cause long-term damage to the environment and human health.

Algae blooms are defined as a massive increase in the amount of algae in a particular water system. Algae blooms are notably dangerous to aquatic ecosystems because when the algae inevitably die, bacteria that ingest the degrading biomass consume the dissolved oxygen in water, which often leads to anaerobic conditions. This makes it difficult for fish and other aquatic species to survive as oxygen becomes increasingly limited.

Algae blooms are also dangerous to local inhabitants due to specific species of algae naturally creating neurotoxins. If such algae inhabit water systems that are used for drinking, there can be extremely detrimental effects to humans and animals.

As of late, algae blooms have been occurring with increasing frequency, and civil engineers are struggling to find adequate solutions. The process is well understood: Increased nutrients released into the water leads to increased algae growth. However, the recent rapid increase in algae bloom frequency and intensity is less well understood. Factors such as new sources of nutrient pollution, a changing climate, and the spreading of invasive algae species potentially all play a role. Engineers are continuing to investigate cyanobacteria, especially their ecology, to solve the mystery of what is behind their increasing growth.

Another key area for civil engineers involves preventing greenhouse gas emissions, as well as coping with the consequences of climate change.

The world has been too slow to reduce our massive amount of greenhouse gas emissions, which has left us dealing with a myriad of consequences like sea level rising, droughts, and an increase in extreme weather and overall temperatures.

To help us cope with these consequences, engineers have established a variety of methods and technologies that allow us to better use the natural resources that we have. For example, engineers have recently been implementing a point-of-use water treatment methodology, which personalizes the water treatment process so the obtained water is fit for its particular purpose. Civil engineers are also working on finding adequate drinking water supplies in increasingly dry regions like California, as well as designing and building infrastructure that aids in managing increased flooding from extreme storms.

As our detection methods have improved, scientists have been finding a concerning amount of contaminants in rivers and lakes. Many of these contaminants are chemicals or other elements that can be extremely detrimental to humans and aquatic life. Some of the most common emerging contaminants are:

Researchers have found an increasing number of endocrine-disrupting impacts in fish and amphibians. Some of these effects include intersex characteristics, a decrease in the amount of sperm in males, and an impairment in females’ ovarian function.

To help combat emerging contaminants in rivers, engineers have been sampling and treating river waters. Sampling is particularly important to the identification and awareness process, because researchers are able to acquire direct insights into what contaminants are in a particular body of water. Looking toward the future, engineers are seeking to develop ways to prevent the release of these contaminants or to decontaminate water bodies in an efficient and environmentally friendly manner.

As noted, there are a variety of environmental concerns relating to America’s natural resources. Whether dealing with algae blooms, the effects of climate change, or emerging contaminants in waters, civil engineers have long been implementing and developing new methods and technologies to help mitigate many of these concerns. And having been successful in the past, civil engineers are confident that progress will continue.

When it comes to environmental concerns, it often is not solely a science issue but a social one as well. Therefore, it is important that our entire society works together to develop more environmentally friendly methods for living in the 21st century.

For more than a century, Ohio University’s Russ College of Engineering and Technology has been teaching natural resource engineers how to create for good — how to engineer a better future with responsible and sustainable design. Learn more about our online Master of Science in Civil Engineering program and master how to effectively supervise, plan, design, construct, and operate the infrastructure essential to connecting the modern world.

How to Become an Environmental Engineer: Requirements and Skills

GreenCoast, “Types of Natural Resources: What You Need to Know to Live an Eco-Conscious Lifestyle”

International Institute for Sustainable Development, “The Sustainable Use of Natural Resources: The Governance Challenge”