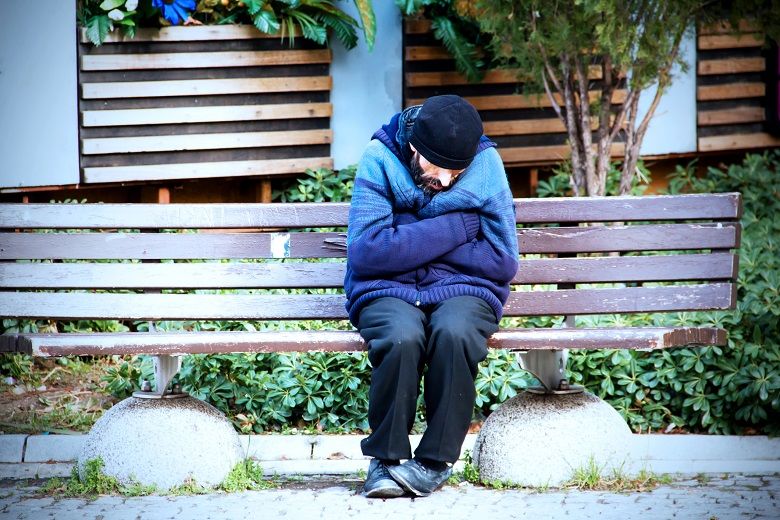 Across the United States, an estimated 144,000 people who are homeless on any given day also face mental illness. A lack of adequate housing causes stress and isolation, and poor mental health negatively impacts physical health. The combination of homelessness and mental illness often results in a landslide of problems — including substance abuse and chronic unemployment — that proliferate into dire situations.

Social workers who try to break a cycle of residential instability, mental illness, poverty, and addiction often struggle to provide necessary services. To do the most effective job, social workers must connect homeless people having a mental illness with vital services. Social workers serve in emergency rooms, libraries, shelters, jails, and food banks to help those in need. They use every encounter to assist, the National Association of Social Workers said.

“It is a clinical social worker’s capacity to exercise clinical judgment across a variety of settings — taking advantage of any encounter, no matter how brief or long — that can play a critical role in the continuity of ongoing services for homeless and recently homeless people,” the organization said in its “Clinical Social Work with the Homeless” article.

Indeed, social workers who work with the homeless and people who have mental illness must have specialized skills to develop therapeutic relationships, evaluate for underlying problems, and find solutions. For social workers, a master’s in social work plays a critical role in learning and understanding the challenging connection between homelessness and mental illness.

Homeless in the United States

At the same time, about one-third of the total homeless population in the U.S. is estimated to have untreated serious mental illnesses. Many do not realize their illness is severe or have access to services that can help. California and New York account for nearly 40 percent of the homeless population in the country. California also accounts for 49 percent of all unsheltered people (living on park benches, under bridges, and in vehicles) in the country.

Overall, the homeless population is made up of diverse groups that have distinct barriers to assistance. Some of the groups and barriers to service include:

About 31 percent of all homeless are youth age 14 to 24. Nearly two-thirds of them have a history of mental health problems including depression and anxiety. LGBT youth report high instances of bipolar disorder and post-traumatic stress disorder (PTSD) when compared to non-LGBT youth. Up to 73 percent of LGBT homeless youth report suicidal ideation, compared to 53 percent of their heterosexual peers.

Many LGBT youths who suffer from mental health problems won’t seek help because they distrust the system and worry about being labeled and objectified.

Up to 8 percent of the homeless population are military veterans. About 80 percent of them have mental health or substance abuse problems. Many veterans suffer from the effects of depression, anxiety, and PTSD. While many veterans have access to healthcare, the VA healthcare system has severe shortages of providers and long waiting lists for services.

Despite the barriers to services that face all of the homeless groups, social workers are poised to provide help in various ways.

Helping the Population of Homeless People Who Have Mental Illness

For decades, community outreach organizations have been working to help the homeless who have mental health problems. Some of the practices that have helped include:

The U.S. Interagency Council on Homelessness found documenting efforts to assist the homeless population decreases the chance of overlooking individuals. The systematic approach allows for collaboration between community partners and faster access to mainstream programs.

By teaming with nontraditional partners, such as hospitals, jails, and prisons, homelessness service providers are able to target individuals before they experience housing insecurity.

Through hot-spotting, or identifying geographic areas of high-needs individuals, social workers can methodically concentrate their efforts in communities. Hotspotters identify needy communities through data-driven research and proactively bring services to the areas.

In addition, social workers use other strategies to help people with mental illnesses who are homeless, including outreach programs and evidence-based practices. Earning an online master’s in social work provides vital information to reach vulnerable populations. The online Master of Social Work program at Ohio University allows graduates to expand their knowledge of social work to participate in a helping career.

Ohio University’s MSW program is accredited by the Council on Social Work Education (CSWE) and meets the national standards in curriculum. The university is also accredited by the Higher Learning Commission, one of the leading accreditation agencies in the United States.