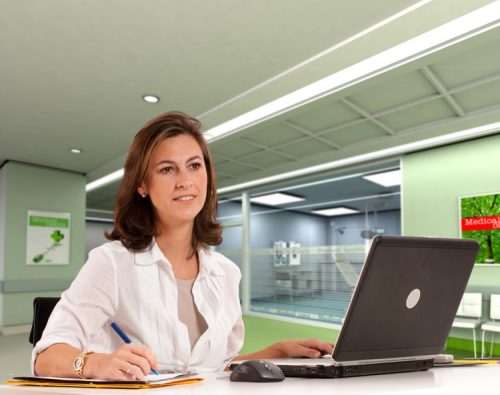 During the 1950s, an organization called Mental Health America gathered old metal chains and shackles, melted them down, and recast them into a bell. This gesture was profoundly symbolic: The chains and shackles had previously been used to restrain patients who were suffering from severe mental illnesses as they received treatments that were often torturous and inhumane. The creation of the “Mental Health Bell” was intended to honor them, and to be a beacon of progress in the way our society addresses the needs of the mentally ill.

The Mental Health Bell is a reminder that policies regarding mental health care have not always worked in the best interests of patients. While there is still much progress to be made, American culture has taken some important strides forward toward a more compassionate approach. Important laws have been enacted that protect the rights of those with mental health disorders, and allow key provisions for prevention, early detection, and clinically sound treatment.

These laws continue to evolve, and to provide ample opportunity for mental health care professionals to advocate for policy improvements on behalf of the communities they serve.

The two most consequential mental health policies created at the federal level include the Mental Health Parity Act of 1996 and the Americans with Disabilities Act.

This law impacts employee-sponsored group health plans at large companies. According to a   in the journal Health Affairs, the law prohibits these group plans from “imposing higher annual or lifetime dollar limits on mental health benefits than those applicable to medical or surgical benefits.” The law was strengthened in 2008, adding language to prevent plans from limiting benefits for mental health and substance abuse care.

This landmark legislation prevents employers from discriminating against qualified employees on the basis of disability; the law specifies that mental health disorders are included in its definition of disability. This is an important workplace protection for employees who have diagnosable mental health concerns.

In addition to federal laws, different states have sought to address mental health issues in a number of ways. Consider these examples of significant, state-level mental health policy.

Approved in 2004, this law created “the first opportunity in many years for the California Department of Mental Health (DMH) to provide increased funding, personnel, and other resources to support county mental health programs and monitor progress toward statewide goals for children, transition age youth, adults, older adults, and families.” The law funds mental health services through a 1% tax on personal income exceeding $1 million.

Even at a local level, ordinances and statutes can provide meaningful change for individuals with mental health disorders. Consider some examples.

This wide-ranging local legislation created an infrastructure to provide around-the-clock support services, including case management and clinical interventions, to those battling mental illness.

This is an example of a local public health department providing community-wide access to psychologists, counselors, and other behavioral health services.

To learn more about current mental health policies, spend some time with the following resources.

Changes to mental health policy don’t happen by accident. Often, they come about through the work of lobbying groups that advocate for the well-being of patients with mental health disorders. Several major groups and numerous smaller ones participate in lobbying and policy formation on mental health issues.

The stated mission of the National Alliance on Mental Illness (NAMI) is to deliver “advocacy, education, support and public awareness so that all individuals and families affected by mental illness can build better lives.” The organization was started in 1979 and has grown to become a leading promoter of mental health awareness. NAMI organizes educational programs in thousands of communities across the U.S. It also provides a toll-free hotline where individuals may seek individualized information and support.

The Brain and Behavior Research Foundation has been around since 1987, and in that time it has awarded more than $408 million in grants for mental health research. Its work has supported thousands of scientists across the world, including those involved in the development of now-common mental health treatments such as transcranial magnetic stimulation and rapid-acting antidepressants.

The National Council for Behavioral Health describes itself as a group “that advocates for policies that ensure people who have mental health and substance use disorders have access to comprehensive, evidence-based health care services.” The organization has created a “mental health first aid” program that has trained more than 2 million people. It also performs political advocacy, championing increased access to mental health diagnosis and treatment.

Additional information is available at these links.

Those who work in the health care field have a number of opportunities to enact change at the policy level, and to contribute to ongoing discussions about how our society can respond to mental health afflictions. Consider some of the following basic strategies.

Mystery, misinformation, and stigma continue to surround mental health concerns. The public often lacks information about the nature of mental health conditions and the availability of care. One of the most critical roles mental health professionals can play is raising awareness in a stigma-free way, including through social media, blog posts, and traditional media.

Find out more about awareness-raising here:

Another area for potential influence is drafting a local law or ordinance and placing it before the public to be enacted via referendum. Specific processes can vary by municipality, and it’s important to research local laws. Generally, by drafting some basic policy language and finding enough petitioners, citizens can raise topics to be considered by voters or their local government. This can be a powerful way to encourage local authorities to weigh in on mental health policy.

For additional information, consider this link:

Mental health professionals can also lobby lawmakers and government agencies at the federal, state, and local levels. One of the most effective ways to do this is by joining with an existing advocacy group. To learn more, consider:

Mental health professionals may also raise awareness by organizing local, grassroots events. These might include fundraisers or informational seminars. Classes oriented toward the parents, caregivers, or loved ones of the mentally ill can be especially valuable. Get more information:

Often, the best way to enact change is to start with your own organization. Encourage new policies or cultural shifts among your co-workers, family members, church members, or friends. Counsel them to speak about mental illness in a stigma-free way, or simply to become more engaged in discussions about mental health policies. Find out more:

Mental health policy has a major impact not only on the mentally ill, but on their loved ones, caregivers, and all of us in a societal sense. Learn more about the impact of policy and consider ways in which health care professionals can be a force for positive change.

Note to reviewer: This source is from 2014, but the information regarding the Mental Heath Parity Act of 1996 is still relevant.