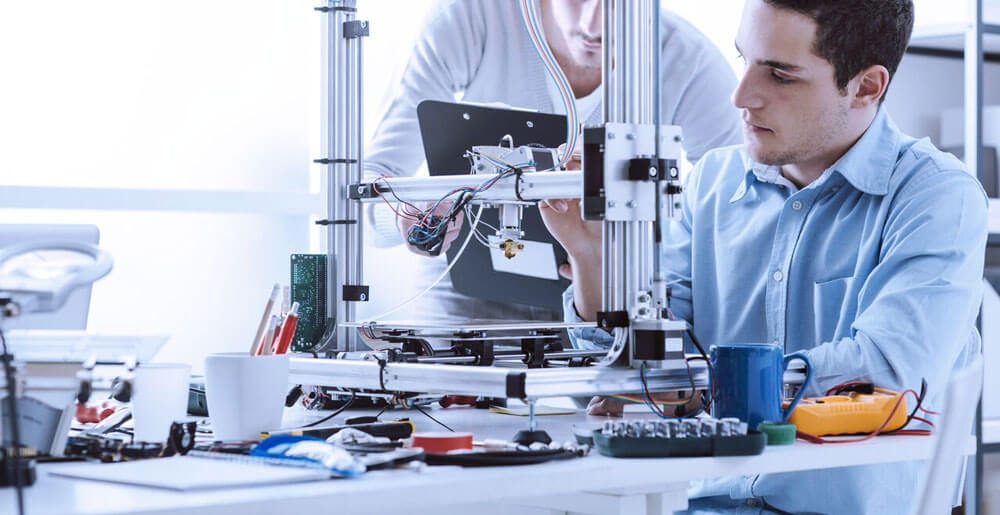 Since the days of Thomas Edison and the emergence of electricity as a utility, electrical engineers have been at the forefront of some of the greatest technological advances. With the job market and technology changing quickly, however, it’s reasonable to wonder what the career outlook is for professionals just joining the field. Will tomorrow’s electrical engineers have sufficient opportunities?

Here are some of the most important findings from recent job market research.

While some fields are growing fast and others are disappearing thanks to changing technologies, the electrical engineering career outlook will be modest. This projection is backed by data from the U.S. Bureau of Labor Statistics (BLS), which estimates the employment of electrical engineers to grow by 3% between 2019 and 2029. The BLS further projects that job growth in this field will largely occur in scientific, professional, and technical service firms, as “more companies are expected to tap the expertise of engineers for projects involving electronic devices and systems.”

Employment opportunities for electrical engineering jobs vary from state to state. Data gathered by the BLS shows some states offer more robust opportunities to land a potential job than others. For individuals who may consider moving to a state where the most jobs are, knowing this level of data can be essential. While living in these states doesn’t guarantee a job by any means, it does afford a greater chance for individuals to showcase their knowledge and skills to potential employers.

According to May 2020 data from the BLS, the states with the highest levels of employment for the profession include the following.

California offers a host of work opportunities for engineers, especially in the Silicon Valley communities of San Jose, Sunnyvale, and Santa Clara, where the average annual salary is approximately $21,000 higher than the state average. Silicon Valley is home to thousands of technology companies that hire engineers. Computer networking company Cisco is one of the largest employers in the area.

Several industries in the densely populated cities of Houston, Sugar Land, Baytown, and Midland need engineers. Oil and gas companies such as Phillips 66, Marathon Oil, and Kinder Morgan employ thousands of engineers in the energy sector. Lockheed Martin, Boeing, and SpaceX are just a few of the aerospace giants located in Texas that employ electrical engineers.

New York has plenty of current and future engineering projects that need skilled electrical engineers. For example, the Port Authority of New York and New Jersey — which builds, operates, and maintains some of the most important trade infrastructure and transportation assets in the U.S. — is among the most high-profile employers of electrical engineers in the state.

The electrical engineering job outlook in the Keystone State is also favorable, although the majority of employment opportunities are available in larger metropolitan areas, such as Philadelphia, Pittsburgh, King of Prussia, and Lancaster. Commercial development of the Marcellus Shale and recent increases in the state’s natural gas production have helped contribute to job opportunities in Pennsylvania. Data from the U.S. Energy Information Administration indicates that for 2019, the state’s natural gas production was recorded at 6.8 trillion cubic feet, up from 6.1 trillion cubic feet in 2018.

Michigan — the Detroit suburbs in particular — has long been known as the home of the auto industry. Companies such as General Motors, Chrysler, Nissan, and Hitachi Automotive Systems Americas employ the majority of engineers who work in the area. Although the average salary for engineers is lower than in other states, the cost of living is lower as well.

What Is the Electrical Engineer Salary?

The BLS reports the median annual pay for electrical engineers was $98,530 in 2019, although earners in the top 10th percentile reported annual earnings of more than $155,880. The electrical engineer average salary in this field compares favorably to a large number of professions, including those in the skilled trades.

For the same reporting period, the BLS found the following.

The BLS projects that engineering consultancies will continue to expand, especially in the fields of R&D, adding that engineers are expected to play key roles in new developments with communications technologies, semiconductors, and solar arrays. The need to upgrade the nation’s power grids is also projected to create a consistent job demand for electrical engineering services.

An electrical engineer can also serve as a general contractor, handling a wide variety of systems. However, specializing in particular applications may result in better compensation in the long run. Electrical engineers can be found in R&D, general engineering, telecom, manufacturing, and government. Professionals who specialize in several applications may find they’re well prepared to adapt quickly if market forces or other circumstances cause them to lose employment.

Skilled electrical engineers also have great potential to start their own business. Such engineers, equipped with specialized skills in a high-demand industry, can secure opportunities for short- and long-term projects that may pay far more than the average hourly rate. Of course, would-be entrepreneurs need to contend with the early challenges of securing capital, developing a business structure, and networking to connect with potential clients.

Job Growth for Electrical Engineers: How to Grow with the Industry

While it may not be explosive, electrical engineering job growth will be steady. This means that electrical engineering will remain one of the most important aspects of technological progress in this decade. As engineers diversify and work across disciplines to add new skills to their tool kits, opportunities for professional specialization will emerge. Continuous improvement will be the key to distinguishing one’s talents and achieving greater career stability. Cultivating leadership skills alongside technical ones remains a good investment of time and effort.

One of the best ways electrical engineers can grow their leadership abilities is to obtain an advanced degree, such as a master’s in electrical engineering. Doing so can expand their knowledge of the field to an elevated level. It can also help engineers develop the skills to create goal-based strategies and develop a clear vision that motivates others to achieve success.

Another strategy electrical engineers can deploy to further distinguish themselves is to gain certification. The field features numerous certification opportunities that cater to specific elements of the industry, from complex electronic systems to sustainability efforts. These certifications can not only allow an individual to stand out to prospective employers, but it can also allow individuals to grow their electrical engineering career in a manner that aligns with their own specific interests.

Pursue a Career in Electrical Engineering

Engineers interested in taking their careers to the next level, and who want to take advantage of electrical engineering job growth projections, are likely to find that completing an advanced education, such as an online Master of Science in Electrical Engineering, can help them toward that goal.

Discover how the online Master of Science in Electrical Engineering program at Ohio University can provide you with the skills and acumen to position yourself as a leader in this field.

How a Master’s Degree Can Boost Your Engineering Career

How Electrical Engineering Has Shaped the Modern World