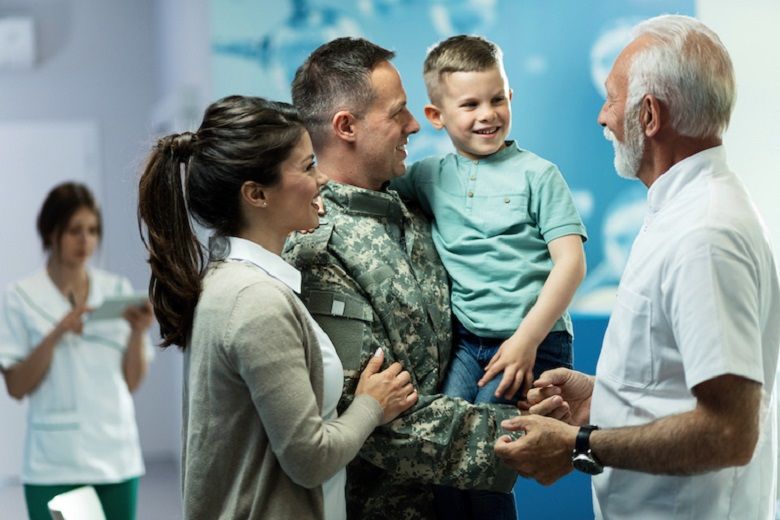 Veterans face many unique medical challenges that arise from their service in defending the country. Because of this, the U.S. has established a wide variety of health services dedicated to veterans and their families. Health care has become a central issue, especially as improvements to the U.S. system, including veterans’ care, have been at the center stage of our political discourse. As medical and information technology improves, and changes to the U.S. health care system are implemented, veterans’ access to health services may change too.

The United States Department of Veterans Affairs (VA) is a federal agency that provides an array of services to military veterans such as health care, disability compensation, rehabilitation, and funeral arrangements. The beginning of the VA can be traced back to the Civil War when Abraham Lincoln in 1865 founded the first government institution dedicated solely to the rehabilitation of veterans. A variety of state veterans’ homes opened following the Civil War to treat injured veterans from the conflicts that followed, starting with the Spanish-American War in 1898.

Three separate federal agencies were created upon the country’s entrance into World War I: The Veterans Bureau, the Bureau of Pensions of the Interior Department, and the National Home for Disabled Volunteer Soldiers. These were later consolidated into the Veterans Bureau in 1921. Due to chemical warfare that occurred in WWI, VA hospitals expanded their resources to meet the unique health problems of these particular veterans. In 1930, President Herbert Hoover elevated the VA to a federal agency, combining it with the National Homes and Pension Bureau. The large influx of veterans in the U.S. following World War II led Congress to enact the GI Bill, greatly increasing the VA’s funding and personnel.

How Was the Veterans Health Administration Established?

The Veterans Health Administration is one of three components that make up the Department of Veterans Affairs and handles the health care veterans receive. Referred to as “national homes,” designated hospitals in the 19th century were established solely for injured veterans. The first national home opened in 1866 near Augusta, Maine. These hospitals spread across the U.S. at a moderate pace until WWI created a significant need for a more expansive program. Congress authorized the leasing of private hospitals and hotels to service the needs of returning veterans. Over the course of the 20th century, the Veterans Health Administration oversaw the expansion of veterans’ hospitals nationwide and also established a set of reforms aimed at improving their operational efficiency. By 2018, over 1,600 health care facilities were providing a variety of health services for veterans and their families.

The Veterans Health Administration is a large component of the U.S. health care system. Employees of the agency have a direct hand in the crucial delivery of health care to the men and women in our armed forces. While proper funding of the VA and Veterans Health Administration has always been a priority, certain other challenges may affect how our veterans receive care.

Congress passed the VA Mission Act in 2018 to expand health care options for veterans. Under this new program, veterans can seek treatment via independent health care providers. If a veteran faces at least a 30-minute ride to a VA clinic or a 20-day waiting period to see a doctor, they qualify for a tax-funded appointment with a private provider. This program has been scrutinized by some politicians. In particular, fears over its financial sustainability have created skepticism about its implementation. Moreover, there is a growing concern that a heavier reliance on private health care systems could weaken the federal system that is currently in place.

On the information technology front, the VA has been tasked with installing a joint program office with the Department of Defense that includes consolidating the separate electronic health records (EHRs) between the agencies. This project has been scrutinized by Congress for its slow implementation and lack of professional leadership throughout the process. Additionally, high turnover rates continue to affect the internal consistency of the IT departments of these agencies. This will be the fourth attempt by the VA to modernize its EHRs, with each previous attempt failing to establish a new system.

Federal budget requests by the VA are expected to reach $220.2 billion by 2020. With the VA Mission Act of 2018, veteran’s community care programs were reclassified from ‘mandatory’ to ‘discretionary’ spending within the U.S. federal budget. This demonstrates shifting priorities toward how the agency will distribute its resources.

VA budget increases can be traced to the move toward privatized care under the Mission Act. Also, IT challenges faced by the VA have lawmakers concerned about further changes to the agency. According to President Trump’s most recent request for funding, the VA is one of only a few civilian agencies to potentially receive a funding boost in 2020.

Joining the Future of the VA

Our veterans deserve the peace of mind that comes with fair and widely available health care services. The VA and the Veterans Health Administration were created to achieve that objective, and it is the responsibility of talented health care professionals to ensure the future success of these services. You could be one of those professionals.

If a career in health care interests you, visit the Ohio University online Master of Health Administration degree page. By obtaining a master’s degree from a regionally accredited university, you could be part of making sure our veterans receive access to compassionate, high-quality health care after their service to this country.