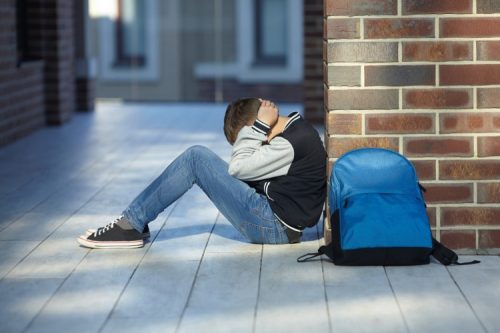 Despite institutional attempts to deter hazing, it remains a problem throughout U.S. high schools and colleges. Veteran members of student groups, including sports teams, clubs, and fraternities, often make new members go through physically, mentally, and emotionally harmful initiations. This type of initiation, known as hazing, can be both physically and mentally dangerous.

According to a Global Sport Matters report, 74% of college student-athletes have experienced hazing in one form or another. The following statistics from StopHazing.org offer additional insight:

Student-athletes who experience hazing often receive physical injuries, hampering their ability to perform. In addition to the physical consequences, hazing in sports can also create trauma in victims, who are typically younger than their aggressors.

At the most extreme levels, hazing can lead to death. USA Today cites reports that at least one hazing-connected death has occurred every year over the past 20 years. In recent years, accounts of fraternity-linked activities leading to student deaths have become the norm, including at least five young men dying from hazing in 2019, according to Insider.

Leaders in interscholastic and high school sports management have recognized hazing as a problem. How can effective leadership help prevent and stop hazing in sports? Essential steps to address hazing in sports include understanding:

What Is Hazing, and Why Is It So Problematic?

To better understand hazing, distinguishing it from initiations is essential. The purpose of an initiation is to introduce newcomers and induct them into a team. An initiation can:

Initiation activities can vary by school or organization. For example, initiation can include getting new members to:

When an initiation does not put individuals in harm’s way, it can help forge the bonds between new members and returning players. Hazing, on the other hand, is a type of initiation that inflicts physical and emotional harm.

Before expanding on hazing’s consequences, a hazing event’s components should be understood. These include the following:

Different types of hazing are commonly employed. Hazing can include forcing or requiring new or prospective members to perform tasks not required of senior members, such as:

The Journal of Student Affairs Research and Practice cites that 74% of students in varsity athletics and 73% of students in fraternities and sororities have experienced hazing. Both men and women are affected by hazing, with 32% of male students and 22% of female students undergoing experiences that meet the definition of hazing.

The problem goes beyond sports teams and fraternities, with 56% of students in performing arts organizations and 50% of those in service organizations reporting hazing.

Of course, many instances of hazing go unreported, because for many they are merely part of the process of being accepted into a group. Additionally, hazing activities are often annual traditions, meaning that aggressors in hazing incidents are past victims themselves. This passing down of hazing tradition can create a culture of silence and secrecy in which players and even coaches turn a blind eye. Even when hazing is not reported, victims may still experience psychological problems leading to poor academic performance, self-isolation, depression, and suicide. Without addressing these issues, hazing’s psychological effects can persist into adulthood and create long-term mental health issues.

In recent years, lawmakers have   legislation to help prevent hazing. Forty-four states have enacted anti-hazing laws, according to StopHazing.org. Examples of current legislation at the federal and state levels include the following:

The 2019 Report and Educate About Campus Hazing Act (REACH Act) is a crucial piece of federal legislation that defines hazing as “any intentional, knowing, or reckless act committed by a student, or a former student, of an institution of higher education, whether individually or in concert with other persons, against another student, that (I) was committed in connection with an initiation into, an affiliation with, or the maintenance of membership in, any organization that is affiliated with such institution of higher education; and (II) contributes to a substantial risk of physical injury, mental harm, or   or causes physical injury, mental harm or personal degradation.”

While this bill has not been passed, it does provide an important starting ground to create federal legislation regarding hazing.

Another important proposed federal law is the END ALL Hazing Act. This would require hazing allegations to be reported to campus and local law enforcement within 72 hours. The law is based in large part on Pennsylvania’s Timothy J. Piazza Anti Hazing Law, which requires schools to implement policies and reporting procedures related to hazing. Timothy J. Piazza was a 19-year-old student who fell and injured his head after drinking excessively during fraternity pledging activities, which led to his death the following day.

“Andrew’s Law” clearly defines the term hazing and expands the crime of hazing to a third-degree felony. The legislation honors the memory of Andrew Coffey, who died during a fraternity initiation party.

This legislation focuses on hazing and bullying in elementary and secondary schools. The law also requires schools to develop reporting policies.

What Is Hazing in Sports?

Some consider locker room hazing a rite of passage, but taken too far, it can become a crime. For example, a 2018 hazing in a Maryland high school locker room led to the arrest and indictment of four 15-year-olds, who were charged as adults with assault and rape. In another example, varsity football players in a high school in Chandler, Arizona, recorded a cellphone video as younger players were sexually assaulted. The hazing incident led to the arrest of several students. Ultimately, the school’s head football coach and athletic director lost their jobs after an investigation revealed that they had been aware of the incident.

Some forms of hazing, including cyberbullying, can occur outside of the locker room as well. This type of online hazing can be an extension of physical bullying. According to a study published in the Journal for the Study of Sports and Athletes in Education, nearly 50% of postsecondary students surveyed reported themselves to be victims of bullying outside of the locker room. Thirty-one percent self-reported as perpetrators, while 62% said they had witnessed bullying.

The psychological effects of hazing in sports include decreased confidence and self-doubt in one’s athletic abilities. It can often result in student-athletes quitting their sport. While proponents of hazing traditions may say that it helps build team spirit, it actually delivers the opposite: withdrawal from team members and poor athletic performance.

How to Prevent Hazing in High School Sports

The humiliation and abuse of student-athletes during hazing rituals such as vandalizing property, wearing embarrassing clothes, getting beaten, or being forced to consume alcohol or eat disgusting things, can lead student-athletes to perform poorly. This is one of the various signs athletic directors and others can look for to determine if one of their students has experienced hazing. Additional physical signs to look for include:

Hazing also affects students psychologically. Signs to look out for include:

Athletic managers, coaches, and others in sports leadership can take steps to stop hazing in sports before it starts.

Resources and Tips to Prevent Hazing in Sports

Interscholastic athletic management can use certain strategies to curtail the threat of hazing in sports. For example, preventive measures such as zero-tolerance policies and encouraging newcomers to report hazing to coaches and staff may discourage the practice.

The following are some examples of steps to deter hazing:

Including players in the process of defining rules as a team-based initiative can inspire them to become anti-hazing champions. Additionally, by appointing positive-minded, energetic team leaders, sports teams can guard against hazing. For example, creating a mentor system in which a senior member of the team is paired up with a newcomer can help forge strong team relationships.

An Issue That Demands Action

Hazing in sports remains a pervasive problem in high schools and on college campuses. Recent legislation and continued media coverage highlighting the dangers of hazing have helped raise awareness of the issue. However, leaders in interscholastic athletics programs, including athletic directors and coaches, are in the best position to educate student-athletes about the difference between proper initiations and hazing.

Unfair power structures within teams may lead to physical injury, mental harm, and newcomers’ degradation in groups. These acts are physically and emotionally damaging to victims, which may affect them for the rest of their lives. Hazing can also damage team unity and performance and destroy relationships essential for team success.

For those in sports leadership roles, a review of current initiation practices is critical to addressing hazing in sports. Setting an example of proper behavior enables athletic directors, coaches, parents, and team leaders to help eliminate toxic and disruptive hazing practices.

Explore how Ohio University’s online Master of Athletic Administration can provide intercollegiate and high school sports leaders with a deeper understanding of hazing, including the laws governing hazing in athletics programs. This knowledge is an essential component in addressing the problem. More importantly, knowledgeable sports leaders must show a commitment to developing, implementing, and documenting strategies for the establishment of effective anti-hazing policies.