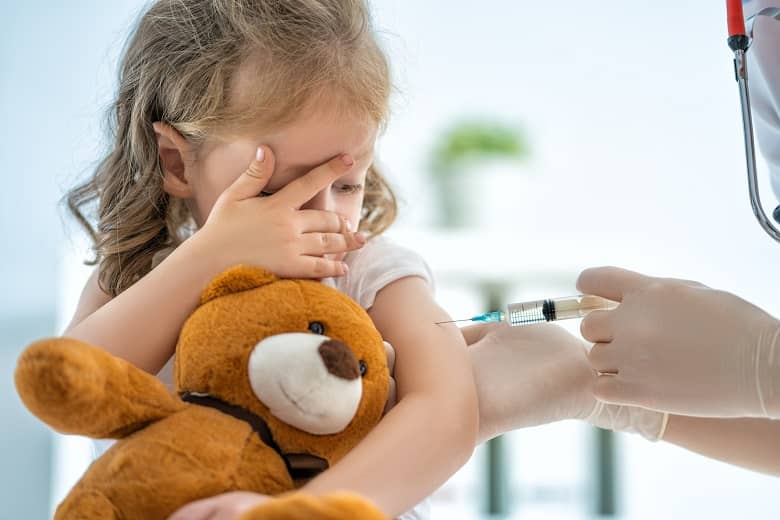 1912 is the year measles became what’s called a “nationally notifiable disease,” one that is a big enough problem that it has to be reported government agencies.

Citing data from the Centers for Disease Control and Prevention (CDC), the article “When Parents Won’t Vaccinate” on Healthecareers.com notes that some 6,000 measles-related deaths were documented in the first decade of reporting.

A vaccine became available in 1963, the article continues. As of the first three months of 2019, the CDC reported only 387 cases in 15 states. Most cases fell into one of two categories: people who had traveled to measles-prone areas abroad and unvaccinated people in the United States.

But concerns about vaccines, particularly for children, are on the rise. Few parents refuse all childhood immunizations, but many have concerns.

Many family nurse practitioners (FNPs) who treat patients across the lifespan are finding that the nurse practitioner role in immunizations includes not only administering vaccines to young patients but also discussing vaccination concerns with parents.

Advanced degrees such as the one from Ohio University’s online MSN program can give FNPs the knowledge and skills they need to handle sensitive issues such as immunizations for children.

A vaccine, as an article on News-Medical.net explains, “is a biological preparation that improves immunity to a particular disease. Traditional vaccines contain either parts of microbes or whole microbes that have been killed or weakened so that they don’t cause disease.”

Vaccines stimulate a person’s immune system, the CDC notes, causing it to generate antibodies the same way it would if the person were exposed to the disease. In other words, getting vaccinated means developing immunity to a disease without actually getting it first.

They can also be literal lifesavers. Diphtheria, pertussis (whooping cough), mumps, measles, German measles (rubella), smallpox, and other diseases once killed tens of thousands of people worldwide yearly, many of them children, even as late as the early 20th century. Today, vaccines have almost eradicated them.

“Immunization is perhaps the single most important public health measure of the 20th century,” says an article in the Journal for Nurse Practitioners (JNP). “Infectious diseases were once the leading cause of death in the early 1900s, but, since the advent of vaccines, they currently rank eighth. Vaccination is also responsible for improving substantially the number of children who reach their first birthday.”

Immunizations recommended for children from birth to 6 years of age include:

Why Some Parents Are Skeptical About Vaccinations

In recent years, however, a growing number of people, including parents of young children, have begun to question the safety and efficacy of vaccines.

“About 1% to 2% of parents nationwide absolutely refuse vaccinations for their children, and an additional 11% to 19% are hesitant or elect to delay vaccines,” the JNP article notes.

One underlying factor is uncertainty. Vaccines contain multiple ingredients. Many parents fear that some of those components ― even though the amounts used are very small ― could be harmful. Also, JNP says, children who have had a life-threatening allergic response to eggs, gelatin, yeast, or latex, or to antibiotics such as neomycin, might not be eligible for certain vaccines.

Parents also see celebrities espousing anti-vaccination ― anti-vax ― opinions on social media and read reports that immunizations can lead to such conditions as diabetes, autoimmune diseases, and autism. Such information overload can make reaching a decision about vaccinations difficult, even though as the JNP article asserts, “there is no study supporting the idea that autism is associated with vaccination.”

Other reasons that parents may hesitate about or shun immunizations include:

One final reason behind the number of unimmunized children: in more remote, rural communities, parents might find healthcare ― including immunizations ― difficult to access.

Education and patience are considered to be the two most effective approaches to dealing with vaccine-hesitant parents. Nurse practitioners can help improve vaccination rates by creating a relationship of trust with parents and offering them up-to-date information based on clinical evidence.

“Research has shown an effective recommendation from a healthcare professional is the main reason parents decide to vaccinate,” an article on the CDC website says.

An important part of the nurse practitioner role in immunizations involves communicating appropriately and effectively with reluctant parents.

In a Healthecareers article, Lacey Eden, MS, FNP-C in Utah, is quoted as saying that she might tell parents, “I can see where you’re coming from with that concern because of these reasons, but let me tell you some of the things I’ve looked into when I had similar questions.”

For truly resistant parents, she might say, “Here’s some reading. Please know that next time we’re going to revisit this, so please write down your questions and concerns.”

Discussing the consequences of not immunizing can also encourage parents to see the issue in a different light. FNPs should mention that if an outbreak occurs and their child is not vaccinated against that disease, the child will have to be isolated at home for 21 days. Isolation means absolutely no visiting with friends, seeing movies, or going out to eat or shop. And if the child is young, working parents will need to arrange for childcare, which can get expensive for such a long period.

The online MSN program at Ohio University is designed for practicing RNs who want to advance their expertise in the nursing field.

Working as a Family Nurse Practitioner in Underserved Communities

What Does a Family Nurse Practitioner Do?

Importance of Diversity in Nursing Education

What are Vaccines: News-Medical.net

Learn more about the MSN program at OHIO.
Get Program Details
X