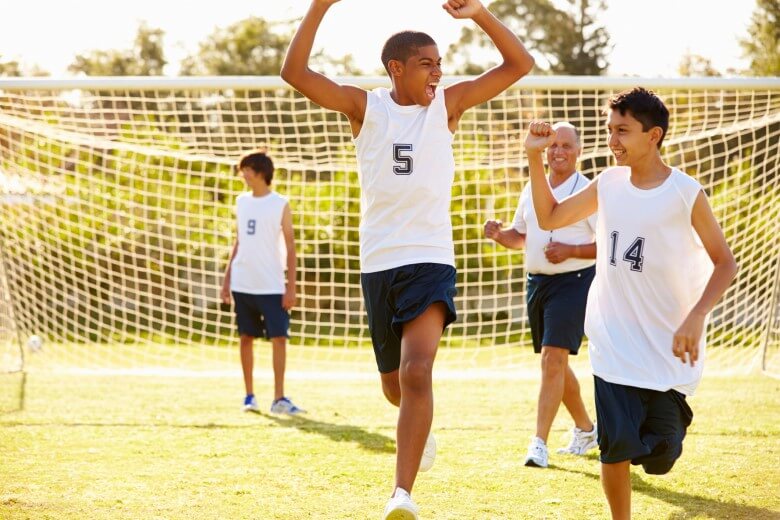 For decades, middle and high school athletes focused on single-sport specialization with an eye on lucrative college scholarships and professional sporting careers. But studies increasingly show that youth who engage in multiple sporting opportunities have fewer injuries and less burnout. As a result, athletic coaches are encouraging multisport athletics.

Multisport athletes are better connected and engaged with academics, the National Federation of State High School Associations (NFHS) said in “Why Multi-Sport Athletes Should Matter to Administrators.” In many respects, athletics provides students with a means for support, guidance, and direction, so being able to engage year-round is vital.

“As an educator, I preach to my ‘kids’ to ‘belong’ to a school and not just ‘attend’ it,” one educator said in the NFHS article. “I believe that all activities are an extension of the school day and, therefore, they are ‘co-curricular.’ Almost every student who participated in multiple activities over the past 28 years has improved academically.”

Indeed, multisport athletics has been shown to improve athletic competencies, social skills, and academic achievements. At the forefront of leading the change to encourage multisport athletes are high school athletic directors. The strategies learned through an advanced education to become an athletic director, including through a master’s in athletic administration online, provide a greater understanding of student-athlete needs.

The impetus behind student-athlete specialization stems from a 1973 study of chess players by Herbert Simon and William Chase. The study, titled “Perception in Chess,” concluded that it takes 10,000 to 50,000 hours of practice and study to master any field. From there, other researchers have expanded on the theory. The studies were the push behind the thought that youngsters should specialize in single sports to reach their goals.

However, more recent studies appear to be demonstrating quite the opposite. A survey of National Collegiate Athletic Association (NCAA) Division 1 athletes found about 88% participated in more than one sport through their lives. Another study found that youth who trained in a single sport had shorter athletic careers.

“Instead of early specialization, emphasis should be placed on early diversification, which allows the athlete to explore a variety of sports while growing physically, cognitively, and socially in a positive environment and developing intrinsic motivation,” Dr. Emily Kraus, a pediatric sports medicine physician, said in “Sports Specialization: Striking the Balance Between Performance and Injury Prevention.” “Current evidence suggests that delaying sport specialization for the majority of sports until after puberty (late adolescence, about 15 or 16 years of age) will minimize the risks and lead to a higher likelihood of athletic success.”

One such study, “Sport Specialization, Part I: Does Early Sports Specialization Increase Negative Outcomes and Reduce the Opportunity for Success in Young Athletes?,” concluded that young athletes have an increased risk of overuse injuries, often due to repetitive movements.

Without diversified activities, student-athletes do not have an opportunity to develop neuromuscular skills that help prevent injuries. The lack of diverse activities also does not provide the necessary rest from repetitive use.

The same study, published in the journal Sports Health, found that several psychological and social factors can lead to physical injuries for youth participating in specialized sports, including:

Young athletes are under increasing pressure to be successful at their chosen sports. The competitive demands include hours of training or practice followed by competition. The involvement in high-stakes games also increases the risk of injury.

“Research has indicated that adolescents need to enjoy the activities of their domain and that intrinsic motivators are key to maintaining participation and goal achievement,” the study authors said. “Unfortunately, this is often not the case as the temptation of collegiate scholarships and stardom causes thousands of adolescent athletes to specialize in single sports and, subsequently, train year-round in sport-specific skills.”

The study said student-athletes should be given time to enjoy multiple sporting activities to encourage the development of motor skills and reduce the risk of injuries. In addition, adults who work as coaches or athletic directors must be attentive to the needs of their young sportsmen and women.

“Adults involved in instruction of youth sports should be vigilant about noting any signs of stress, burnout, and physical symptoms in these athletes and be prepared to take corrective action such as backing off training intensity and frequency,” study authors said.

In addition, athletic directors can take other actions that can reduce sports injuries and encourage athletic diversity, such as:

A fundamental component of success as an athletic director working with middle and high school athletes is understanding the many facets of the career. At Ohio University, students who earn a Master of Athletic Administration online learn all of the essential elements for success, including sports management terminology.

The Importance of a Strong Coach-Athlete Relationship