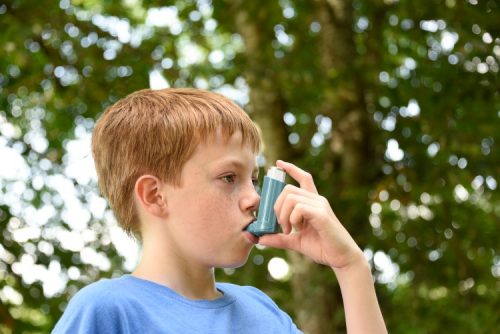 Warmer temperatures and extreme weather are causing fundamental shifts in nature, impacting the landscape, animals, and people. Recent examples include the following:

As these examples show, climate change can have a huge impact on people’s physical and mental health and well-being. According to the United Nations Sustainable Development Goals, natural disasters impacted more than 39 million people in 2018 — and that’s just one way in which climate change can affect health, today and in the future.

Individuals and organizations looking to better understand the health impacts of climate change, develop prevention strategies, and get involved with community public health programs should first research the issues. A host of climate change and human health resources are available.

Climate Change and Human Health: By the Numbers

Climate change is a problem that affects everyone in one form or another. Still, certain populations in different regions in the world are particularly vulnerable. Consider these facts:

More than a billion people in Asia will face reduced freshwater availability by the 2050s, according to the U.N. The intensity and duration of heatwaves will increase in U.S. cities that are already challenged by warmer temperatures. Islands in the tropics will experience more intense hurricanes and beach erosion, displacing millions. Overall, climate change is expected to cause 250,000 additional deaths each year between 2030 and 2050, according to the WHO.

For more statistics on climate change and its impact, consider the following:

What does climate change have to do with people’s health risks? According to the CDC, climate change can influence human health and disease in various ways.

Certain demographics — such as children, older people, or people with chronic or underlying health conditions — are at higher risk.

The following resources provide more insight into the connection between climate change and human health:

Tips and Resources to Help Fight the Effects of Climate Change

Because of the rising climate change threat to health, medical schools are training and preparing doctors to diagnose and treat the impact of climate change, according to a MarketWatch article. Individuals outside the medical profession can also help mitigate the health effects of climate change by making lifestyle changes that reduce carbon emissions and by implementing good public health policy.

Public health professionals, policymakers, and others interested in the health impacts of climate change can learn about prevention strategies and other related public health issues from reliable sources, such as the CDC, WHO, and U.N. For example, the WHO offers planners, policymakers, and other leaders resources on climate change and human health issues to help prepare communities to adapt to current conditions while fighting future climate change concerns. Another CDC resource includes information about a climate and health program  that helps leaders identify the impacts of climate change and the at-risk populations in their communities.

For more information on strategies and techniques to plan for the impacts of climate change on human health, the following resources offer guidance:

Climate change affects human health in various ways, from extreme weather resulting in injury, death, and mental health issues, to pollutants and allergens causing respiratory ailments, to warmer weather providing a fertile environment for disease-carrying mosquitoes and other pests. Everyone’s vulnerable to the impacts of climate change, but children, older people, and poorer communities often bear more of the risk.

To combat current climate-related health issues and prepare for future ones, medical professionals, policymakers, and individuals should be aware of the facts. These health challenges can be mitigated through initiatives that reduce carbon emissions, public health policies that consider climate change, and other steps. With everyone working together, we can help prevent illness and death while creating a sustainable environment, economy, and society for future generations.