Progress is rarely ever a straight, ascending line. More often than not, accidents will happen in the pursuit of higher technology and practices. Failure is something that engineers and scientists must be ready for and expect because it inspires many people to become better. That said, civil engineering is a field that doesn’t have a lot of room for error. However, despite the best efforts of all professionals in the field, these errors may happen and cost millions of dollars in collateral damage. While such failures may be demotivating at first, they eventually inspire others to improve. 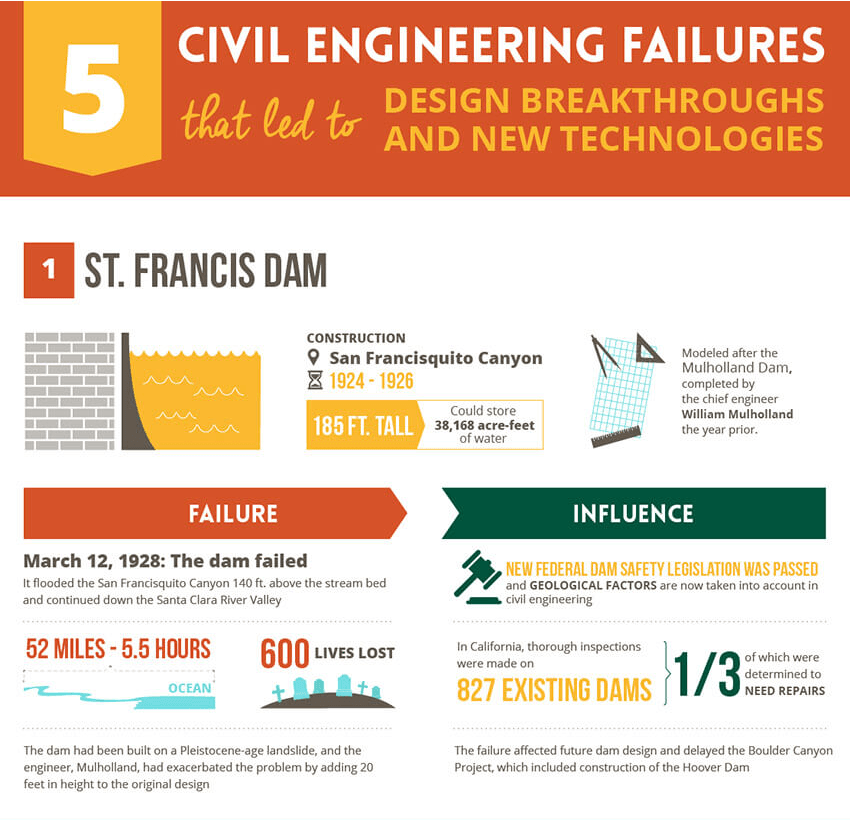 On August 1, 2007, a steel truss arch bridge spanning the Mississippi River in Minneapolis collapsed during rush hour. Thirteen people died, and an additional 145 people were injured. The National Transportation Safety Board (NTSB) determined the collapse was due to insufficient thickness of the bridge’s gusset plates. This disaster caused Minnesota to create a $2.5 billion bridge improvement program. 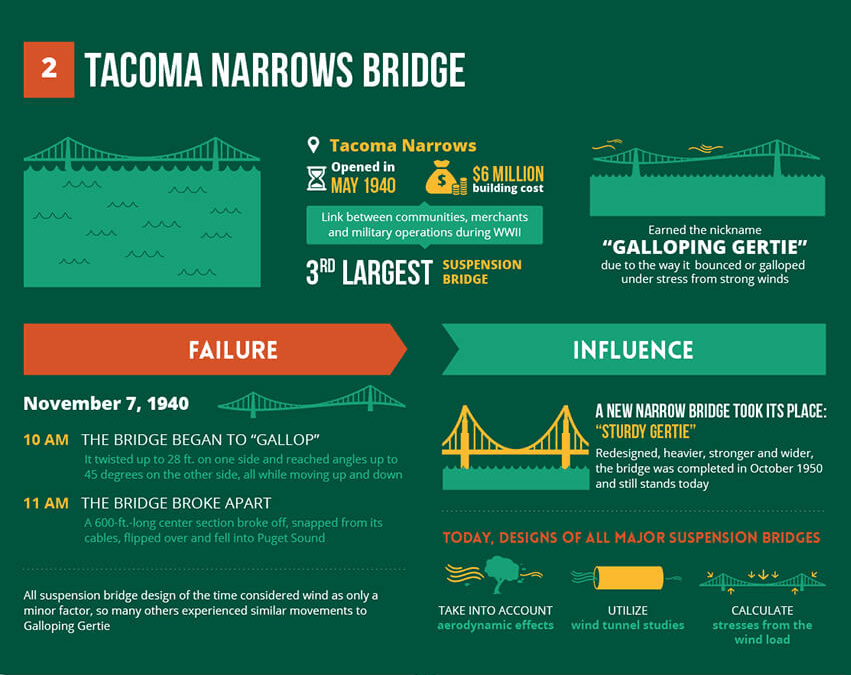 On March 15, 2018, a 174-foot section of a pedestrian bridge built to link Florida International University’s campus with the city of Sweetwater collapsed, killing six people and injuring 10 others. It was determined that calculation errors caused overestimations of the bridge’s capacity, and there were failures to respond to structural cracking prior to the collapse. This recent engineering failure reiterates not only the importance of accurate mathematics in civil engineering but also of properly reacting to warning signs. 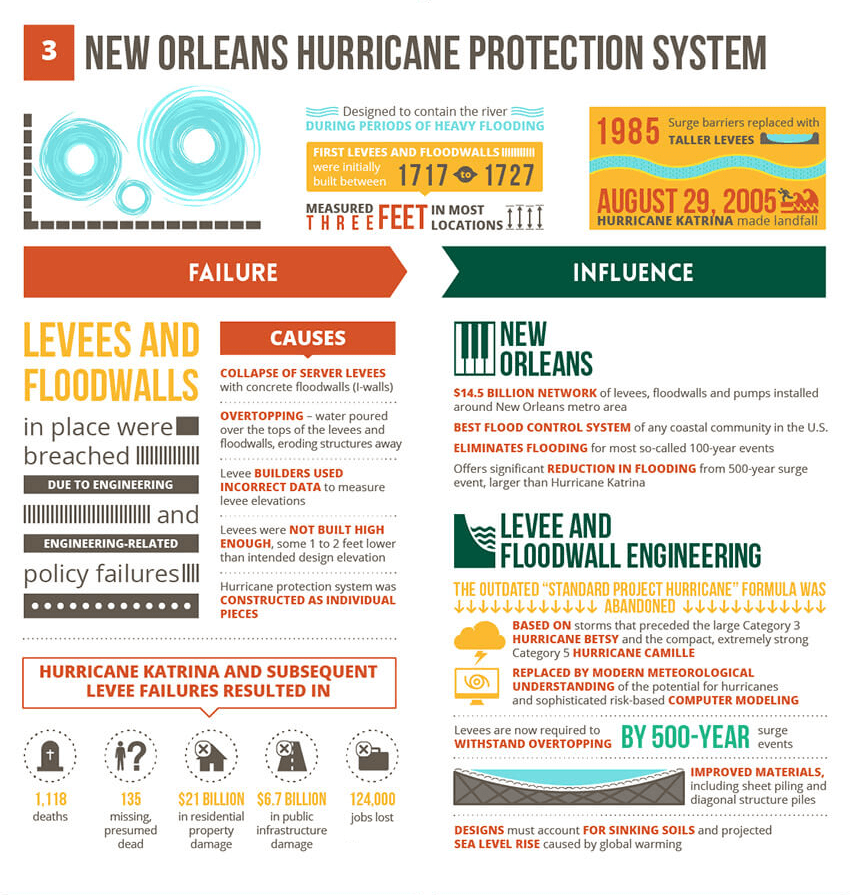 On May 31, 1889, the South Fork Dam in Pennsylvania washed away, sending 20 million tons of water toward the prosperous town of Johnstown. The resulting flood killed 2,209 people and caused $17 million in property damage (around $474 million in today’s dollars). This led to the adoption of strict liability laws that allowed industries to be held liable for damage and death.

On January 15, 1919, a tank explosion sent 2 million gallons of molasses through the Boston streets, where it reached speeds up to 35 miles per hour. It killed 21 people, injured 150 others, and caused more than $7 million in property damage (around $100 million in today’s dollars). This famous engineering failure inspired the first class-action lawsuit against a major company, which helped to influence modern regulation laws. 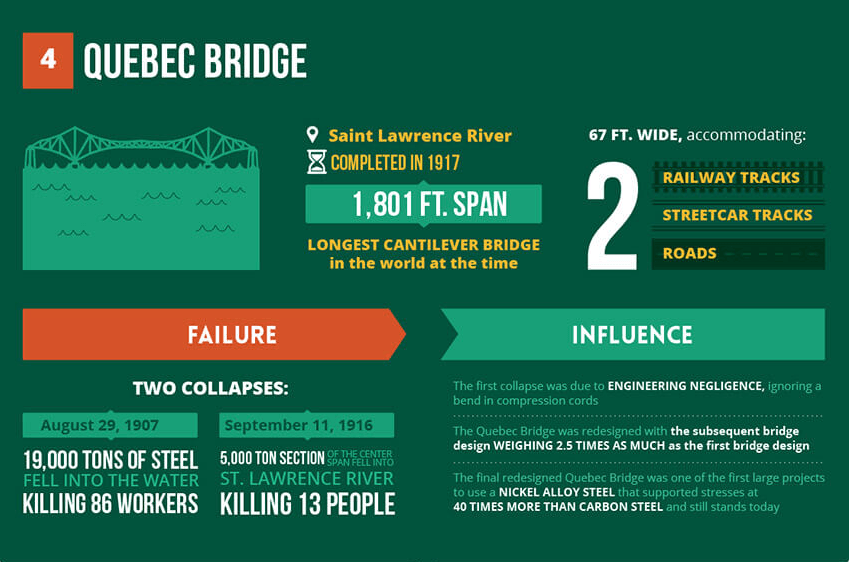 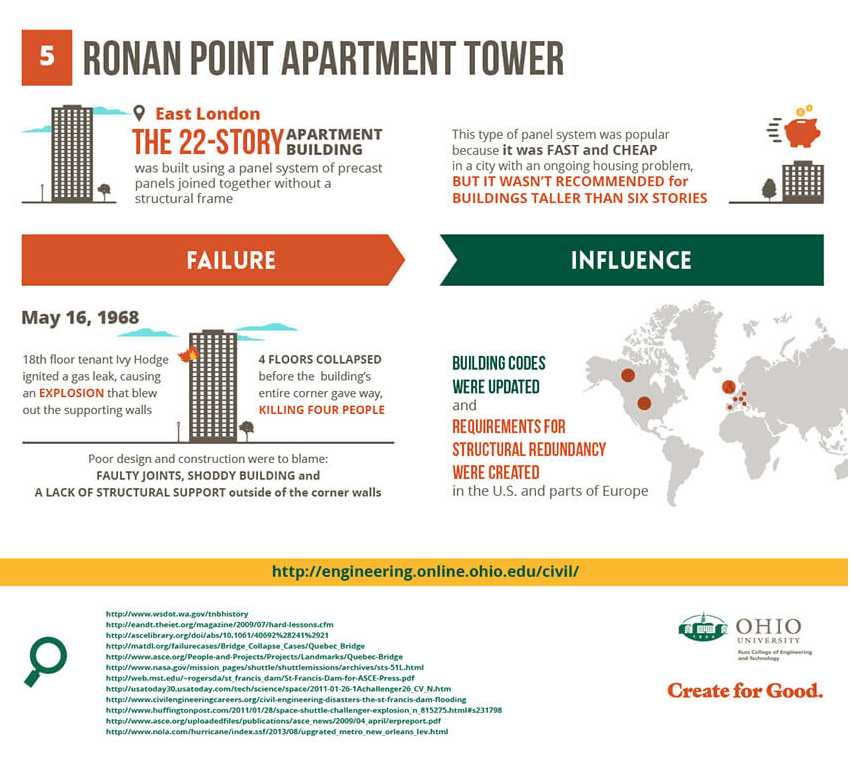 All That’s Interesting, Surreal Photos From the Deadly Boston Molasses Flood of 1919
Historical Society of Pennsylvania, “Remembering the Johnstown Flood, One of the Worst Civilian Disasters in US History”
Lessons Learned from Dam Incidents and Failures, “The Influence of Dam Failures on Dam Safety Laws in Pennsylvania”
National Public Radio, “10 Years After Bridge Collapse, America Is Still Crumbling”
The Guardian, “The Great Boston Molasses Flood: Why the Strange Disaster Matters Today”
USA Today, “Design Errors Draw Blame in Collapse of FIU Pedestrian Bridge That Killed 6”