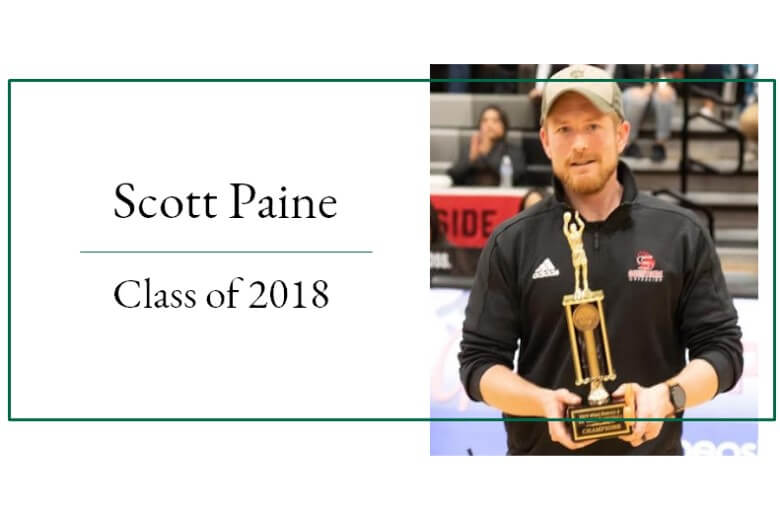 ”I didn’t want to just do the job, I wanted to do the job well and the right way.”

Scott Paine is an Ohio University Online Master of Athletic Administration graduate. He currently works as a district athletic director for Sunnyside School District in Sunnyside, Washington. His district consists of two middle schools and a 4A high school and serves approximately 7,000 students. We recently caught up with Scott to learn more about him and his work.

OHIO: When did you know that being an athletic director was what you wanted to do?
Scott: When I first got into coaching at the high school level, my AD was a great guy and became an even greater mentor to me. He got me into being a middle school AD and then encouraged me to get into a master’s program if this is what I wanted to do. I got the chance to intern with him and get my feet wet with hosting events and supervising. We are now colleagues in the same league and he continues to be a great mentor to me. He was the one who showed me how to be a great AD and sparked my interest in the profession due to his way of doing the job.

OHIO: How has earning an MAA degree helped your career?
Scott: Without my MAA degree, I wouldn’t have been able to move into a 4A District AD position in Washington so quickly. Prior to getting my MAA, I was a middle school and high school coach, as well as a middle school AD. Even though I had the work experience, it still wouldn’t have been enough to move me into a high school AD job, let alone a district AD job.

The MAA degree gave me a great educational and practical background in athletic administration. I was able to combine my middle school coaching experience with learning from the vast knowledge base of my professors to give me a very well-rounded foundation for the AD profession. 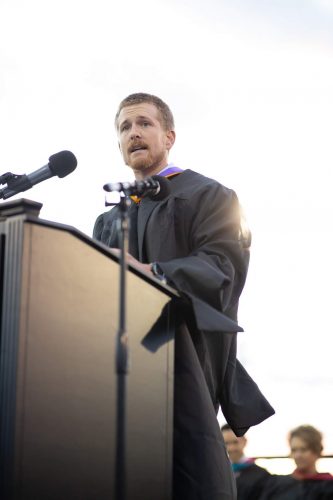 OHIO: Why did you decide to start the MAA program?
Scott: I wanted to have a very in-depth knowledge about being an AD. A lot of ADs don’t have an educational background in the profession. Most are just given the job because they have administrators’ credentials. I wanted to know all the ins and outs and best practices from those who have worked in the trenches of the AD world for a substantial amount of time.

OHIO: Share a story about student athletes who have inspired you.
Scott: One year, I had a really talented group of varsity boys golfers. However, in our league they had a lot of competition from another team. Their goal all season was to be league champions, but they would consistently lose to the other team at each league meet by one or two strokes. This did not help with team morale.

The captains decided to change the goal to being district champions. They, as a group, wanted to qualify as many of our players for the district tournament as possible to give us the greatest potential to score better than our rival team. We had a deeper team, but could only take six players to each league meet. The district tournament showcases the top 30 point winners from the league meets.

Some of the boys volunteered to give their spots for other teammates to play the last three league meets to allow them to qualify for the district tournament. Because of this selfless act we were able to qualify eight players for the district tournament. We ended up winning districts and qualifying the most players for the state tournament in the last 20 years for our school. It was an honor for me to get to watch my young men choose to flip the script on their season and serve one another to achieve a common goal.

OHIO: What was your biggest takeaway from the MAA program?
Scott: I have two takeaways. The program is very well organized and taught by current and former ADs who have a wealth of knowledge in this field of work. Secondly, the program equipped me well to take on any type of AD job once I completed it.

OHIO: What is one piece of advice you would give to a person who wanted to get into athletic administration?
Scott: I would highly suggest you actively coach and/or teach for at least two to four years before venturing into athletic administration. If you are going to supervise coaches then you need to have been a coach either at a middle and/or high school to understand them.

Also, shadow a current AD and get as much insight into the profession before investing too heavily. There are a lot of day-to-day operations that you wouldn’t realize an AD does without being in their shoes.

Ohio University’s online MAA program is designed to teach professionals how to manage the many changes in interscholastic sports. The university launched the nation’s first academic program in sports administration in 1966 and continues to be a leader in sports business education.

The program works in collaboration with the National Intercollegiate Athletic Administrators Association (NIAAA) to prepare graduates for certification and is accredited by the Commission on Sport Management Accreditation (COSMA). For more information, contact an enrollment advisor at Ohio University.