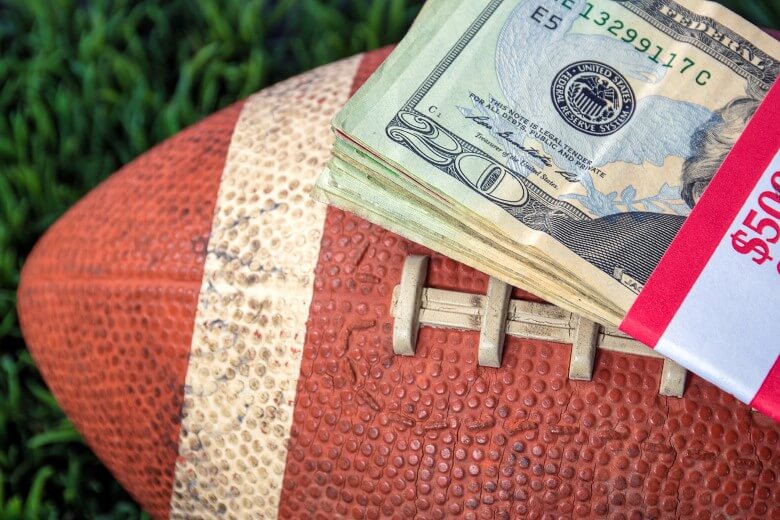 State cuts to high school education budgets have been a factor in the creation and increase of high school sports fees since the 1990s. This trend has continued in the current decade. Many athletic directors also dropped some of their schools’ programs and found that fewer teachers were willing to coach, according to the 2018 Coach & Athletic Director’s survey of high school athletic administrators.

Because of budget shortfalls, high school pay-to-play fees have become a necessary part of high school sports programs. The survey shows that more than one in three schools enforce “pay-to-play,” up slightly from 2017. “More than half of the schools charge less than $100, and many schools choose to cap costs to avoid discouraging athletes who want to play more than one sport,” the survey noted.

Many schools offer waivers for families for whom the fee is a barrier to playing a sport. A 2019 Mott Poll Report, conducted by the C.S. Mott Children’s Hospital, found that:

“The higher costs of sports, compared to other activities, may be contributing to the higher level of non-participation among boys. Boys have slightly greater participation in sports activities overall compared to girls (53% vs. 49%), and more boys than girls participate in sports only (21% vs. 10%). Thus, the disproportionately higher cost of sports may be more likely to impact boys.”

In addition, the Mott Poll reports, “While 29% of parents say the cost of school activities is higher than they expected, only 7% have ever requested a waiver or scholarship for participation fees.”

Athletic directors can learn from the experiences of their peers about ways to keep their programs financially healthy and best manage both their financial resources and players.

States Vary in Education Funding and Pay to Play

The source of funding for high school sports programs is the same as all other school funding — each state determines the amount paid to schools per pupil. As a study titled “States in Motion, Visualizing How School Funding Has Changed Over Time,” comments, “A state’s investment over 13 years of a student’s K-12 education is substantial, and so is the investment gap among states.”
Some of the funding comparisons are stark. New York and California are two that present a sharp contrast. According to the study:

“A 2014 high school graduate from New York received $240,961 worth of school expenditures over 13 years of schooling (adjusted to 2014 dollars), compared with $85,906 spent on a graduate from Utah. In California, a high school graduate in 2014 received $128,836 in educational investment, about $20,000 shy of the national average and $112,000 less than a New York graduate. The purchasing power of a dollar varies significantly among the states, to the detriment of students living in a high-cost state like California.”

These differences, not just in New York and California, but in all the states, affect schools’ buying power and impact sports programs.

Because sports have a positive effect on students’ mental and physical health and can influence positive social and economic outcomes, school districts continue to emphasize them. In turn they often choose to impose sports participation fees to offset budget deficits.

How Many States Have Pay-to-Play Laws?

The 2018 State of the Industry survey found that one in five schools was able to increase their athletic budget, and fundraising continues to play a critical role in athletic departments. One in three schools enforces “pay to play,” up slightly from 2017. More than half of the schools charge less than $100, and many schools choose to cap costs to avoid discouraging athletes who want to play more than one sport.

As part of the survey in response to the question, Does Your School Charge Participation Fees?, 39% of respondents said yes, 61% said no.

Pay-to-Play, or Pay Without Playing

Some school districts charge parents pay-to-play fees even if the students aren’t playing sports. One Illinois district, Lincoln-Way High School District 210, approved a change in 2018 that would replace its pay-to-play fees with a flat $50 participation fee per student. This fee applies regardless of how many activities students join or if they don’t join any at all. This flat fee was on track to generate $310,000, which far surpassed the pay-to-play fees the previous year, which generated $134,000.

Even with other activities factored in, the Mott Poll indicated that sports fees are not only more expensive than those for other school activities, they also increase at a higher rate. The average 2015-16 sports fee of $139 went up to $161, the current poll report noted, while fees for arts and non-sports clubs held steady at their earlier levels. No-cost options also continue to be less common for sports than for clubs and art activities.

With pressure on athletic directors to keep sports programs active and vibrant, the question of whether to charge pay-to-play fees and how much will continue to be an issue.

Ohio University’s online MAA program is designed to teach professionals how to manage the many changes in interscholastic sports. The university launched the nation’s first academic program in sports administration in 1966 and continues to be a leader in sports business education.

Cost of School Athletics Are Increasing

How Sports Can Be Therapeutic for Students

States in Motion: Visualizing How Education Funding Has Changed Over Time: EdSource